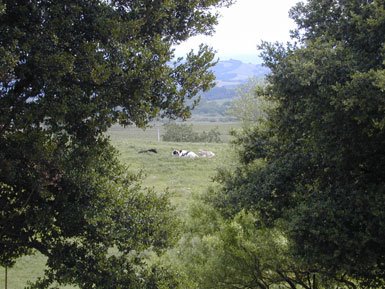 Off to the country for the weekend for the annual parish retreat. It has been a long wet winter, too much of it spent indoors. I expect to enjoy some country living among friends on the journey.

In case anyone is lacking for reading material for the weekend, here are some interesting tidbits.

black looks has a long post on the growth of African blogging. Women are becoming more active in that corner of the blogosphere and one response has been an outpouring of misogyny and homophobia. She writes:

The blogosphere reflects the non-cyber world in that the lack of shared values, ideological consensus and cultural differences amongst people can and does result in conflicts and confrontations betweens groups and individuals on their blogs. Thus the dichotomies of gender – male and female; sexual preference – heterosexual and homosexual; geographical location – Africa the homeland and Africa the Diaspora; African and non-African all have the possibility of being exacerbated because except in the case of gender these pairs are not often thrown together within the same space.

[She asks] how can we ... create a network of mutual support that values freedom and diversity? We need to seize the time, find each other and work together.

Abu Aardvark (Marc Lynch) has done his scholarly duty and delved into the captured Iraqi documents (said to derive from the Saddam Hussein era) that the U.S. government has dumped on the web. In general, he is not convinced there is much that wasn't known before. But he did find possible evidence that Hussein's regional militia was getting its information from an unlikely source.

Since the three surviving kidnapped Christian Peacemakers were released from their captivity last week, there has been an outpouring of venom from U.S. and British war supporters. The CPT folks must be foolish, ungrateful, and hopelessly naïve. Geov Parrish at Eat the State has written a sensible, sensitive and entirely secular appreciation of the work of the Christian Peacemaker Teams. He points out:

Even having lost a member, the survival rate of Christian Peacemaker Teams delegations is rather better than that of the US military; clearly, they know what they are doing, and in an environment where every American outside the Green Zone is in extreme danger, clearly their good work (usually) protects them.

I'm off to commune with the cows. Unhappily, the weather report predicts hail!
Posted by janinsanfran at 10:57 AM

Jan: I really need to read your blog every day! Just spending a half-hour reading the past week's posts has enriched me. If my work computer didn't suck so much I'd be able to check it out at FOR; maybe that will change in the coming weeks. All for now! love, E