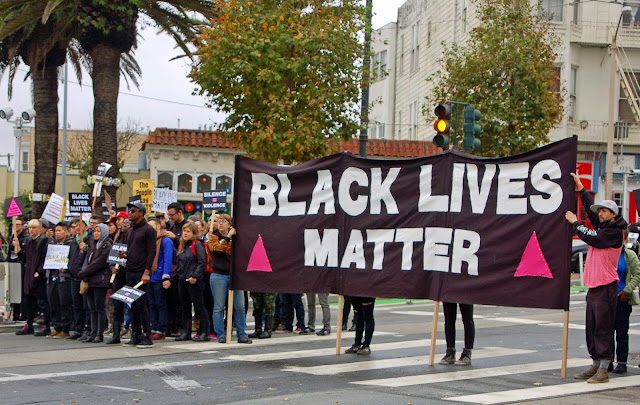 The intersection of Market street and Octavia Boulevard was blocked to traffic briefly this morning while LGBT protesters reminded passersby that the struggle for justice cannot take a holiday. 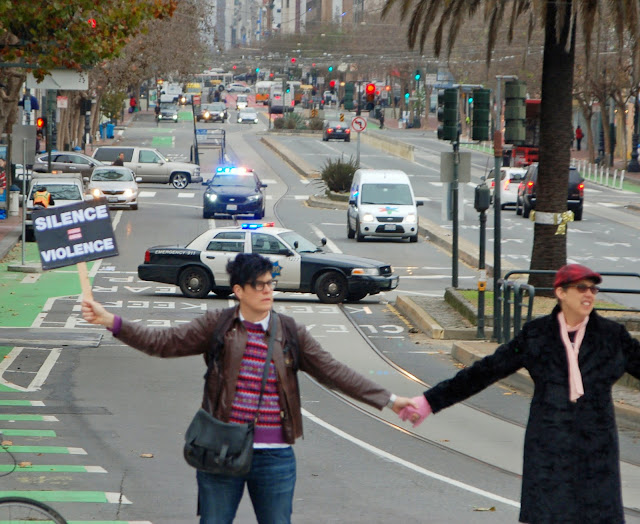 Both the SFPD and motorists were largely tolerant of the disruption. Some drivers honked approval. I have no idea what cars backed up on the freeway out of sight of the protest may have thought was going on. 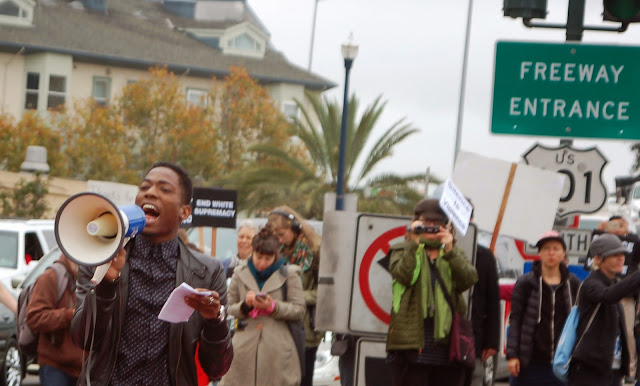 While we occupied the intersection we chanted a litany of names of victims of police violence. 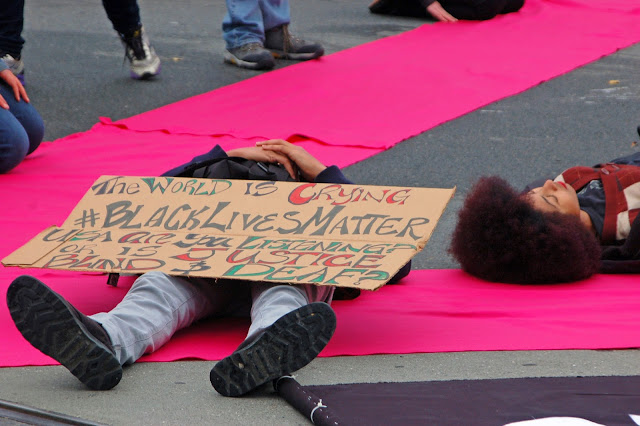 We observed 4 minutes and 28 seconds of silence recalling the 4 and one half hours Mike Brown's body lay on the street in Ferguson after he was shot by an officer last August. 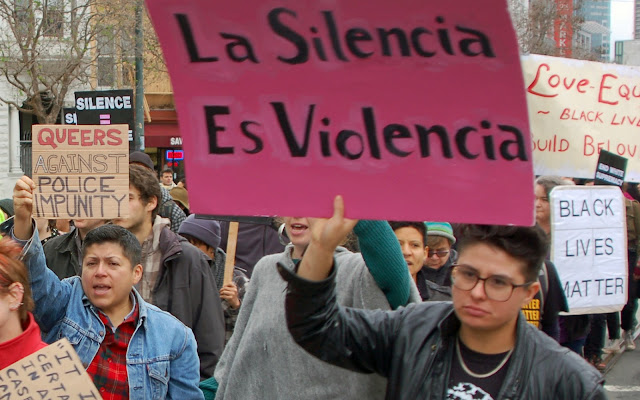 From mid-Market we marched up the intersection of Castro and Market. 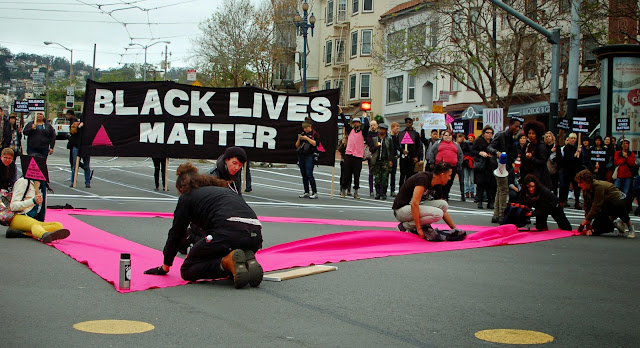 Again we formed a circle around a large pink triangle ... 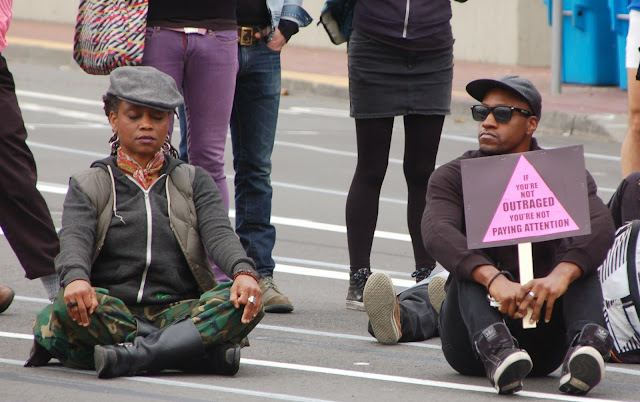 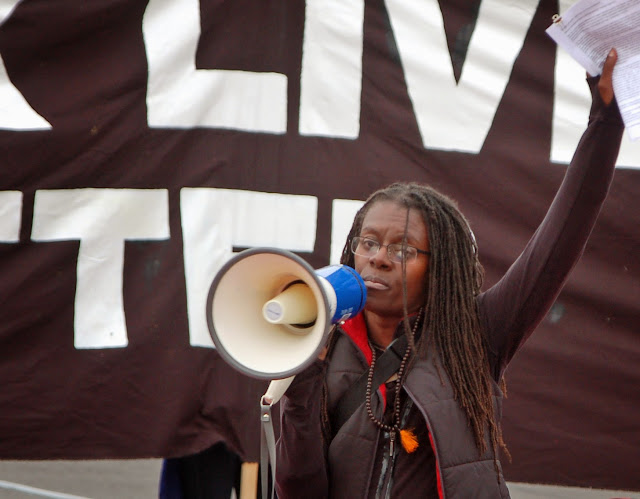 No assemblage is complete without some preaching; her message was Queer Black lives matter!
Posted by janinsanfran at 12:14 PM