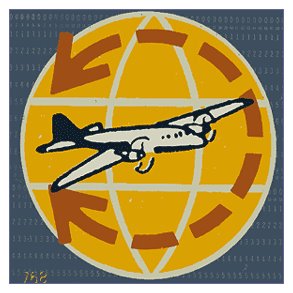 This morning the blogosphere is buzzing about a Chicago Tribune article that claims that CIA operatives can be identified using simple Google searches. Reactions seem to range from ex-spook Larry Johnson's scorn to bemused amazement that the apparently universal incompetence of our regime, demonstrated in Iraq and New Orleans, extends to its "covert" operations.

Would you be even more worried if you learned that the government's famous "no fly list" could be easily circumvented by any moderately computer savvy terrorist?

According to CSO - the magazine for security executives, getting past the TSA and onto a plane would take nothing more than a laser printer and a stolen credit card. The author walks you through what you would need to do -- it certainly reads as if it would be within the skills of most of us. Click that link if you want to know.

As a frequent flyer, I hesitate to write this article, but as an auditor of security and information systems, it’s the right thing to do. If you’ve ever wondered whether airport security has improved since 9/11, let me set you straight: It has not. There is a gaping hole in airport security, and the Transportation Security Administration (TSA) has done nothing despite being alerted to this vulnerability more than 11 months ago.

As a person who had her own brush with the no fly list, I've long contended that most of the airport security rigmarole we go through is just a Theater of Fear, designed to accustom us to scared compliance with authority. Certainly if so-called "security" is this easily evaded, they can't mean it to keep us safe.
Posted by janinsanfran at 9:26 AM