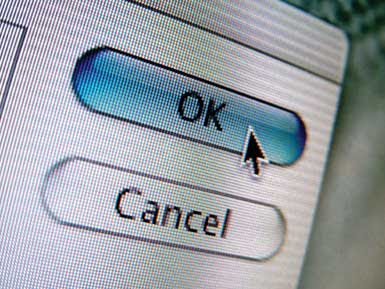 Picked this up from Ronni Bennett at Time Goes By who got it from Jeremiah Owyang. Like them, I think it would be interesting to know more about how we blog obsessives interact with media, so here's my addition to the collective project.

Web: Yup, there's the core for me. Every day I skim through the e-newsletters of a mix of newspapers. The obvious ones of course -- NY Times, Washington Post, LA Times -- but also I try for some smaller regional outlets. Right now I'm enjoying the Boston Globe. For a while, I was checking out the Buffalo News, but they redid their website and gave up the newsletter. I looked at the New Orleans Times-Picayune in the still heart-rending aftermath of the hurricane. I try to have some non-U.S. papers in the mix. At the moment I am reading the London Independent and Der Spiegel (English edition). During the Israeli attack on Lebanon last summer, I read the Daily Star from Beirut and Ha'aretz from Jerusalem daily -- I still check in periodically.

I also subscribe to a number of slightly less obvious news sources, including Alertnet from Reuters and IRIN from the UN Office for the Coordination of Humanitarian Affairs. Those two guarantee a steady diet of highly authentic and usually quite dismal news from various NGOs dealing with crisis around the world. Lately I've been getting a daily update from Madrid 11 which gives an internationalist look at global security and democracy issues.

Another really interesting newsletter for world hot spots comes from the International Crisis Group, though it is worth remembering the source -- the international "realist" establishment.

I'm on a plethora of email lists from U.S. advocacy outfits and sometimes I even look at the stuff they send, but mostly I don't have time. However (shameless plug alert) let me encourage anyone who is looking for a good, once a month, update on the madness that is the U.S. war on whatever we are now calling it, go to WarTimes/Tiempo de Guerras and sign up for our email update!

Then there's my blogroll. It says over there that I go through it once a week -- once every two weeks would be more like it. But it is still my basic list of blog reading. I work on keeping it up-to-date, removing sites that have gone quiet and adding sites that have caught my interest. I try to keep it very eclectic: there's lots of news and politics with a preference for people of color and women, a few legal eagles, a good many Brits, a lot of Episcopalians, some Iraq and Lebanon blogs, some sustainability blogs, some friends' blogs. I'm always looking for sites that will round it out more. Ideas for labor sites would especially be appreciated. Actually, any suggestions would be appreciated, though I'm not promising. Though some of these sites are high traffic, many are very small, like mine. That's okay -- the blogosphere is a fascinating place and I enjoy wandering around its extending fringes.

I also have a list of bookmarks in my browser of about 20 mostly higher traffic sites I check out far more frequently than every two weeks in the perpetual blogroll cycle. As long as the U.S. is in Iraq, I'll start the day with Informed Comment. Other bookmarks change, depending on what's going on in the world and what catches my fancy.

Music: No, not much. That's my partner's department; I enjoy her eclectic collection of mp3 music coming out of her speakers.

Radio: Pick up the BBC and occasionally KALW and KPFA via streaming audio. Usually listen to something when driving around, which I do very little of.

TV: Don't turn the thing on, with the enormous exception of the Season of Football. From late August to the Super Bowl, I watch probably four or five games a week, college and pro. Love those gladiators. The other season, Not Football, I have a lot more time to be an absurdly informed newsjunkie.

Communications: My laptop and I live together. Period. Wireless is wonderful.

I don't use RSS feeds to manage my web reading, though I often wonder whether I should. However I'm fascinated by how people choose to present their sites visually, so I slog through my links. I use del.icio.us to tag web articles I might want to revisit. That's not really networking -- and very often no one but me has marked the stuff.

Movies: No. Especially in theaters. I was very pleased with myself that this year I'd seen two Oscar winners: The Queen and An Inconvenient Truth. Not my medium; never has been.

Magazines: Here's where I indulge my playful side. I get running magazines; no, not Runner's World, there are much better ones. I get Geezer Jock and whatever current item is trying to fill the slot for "Sports Illustrated for Women." I get butch travel mags like Outside and National Geographic Adventure. Ordinarily, I read none of these at home. But when I go on the road, I carry a several months' haul and work my way happily through them, practicing complete escapism and littering them along the way. It is a nice holiday.

Magazines would be incomplete if I didn't mention that we also get and often read the New Yorker. And also from New York, I get The Catholic Worker, still "A Penny a Copy" after nearly 75 years and nearly impossible to unsubscribe from -- but still lively.

Newspapers: we get the San Francisco Chronicle via home delivery. I scan it mostly for local news/gossip and sports. It is losing pages by the week; hope it hasn't been killed by the web.

Books: I read about one a week. I have book-buying binges; then the purchases collect on the "to be read" shelf for however long it takes me to get to them. Most of the serious ones get discussed here on the blog

Gosh, what a lot of input! Does it do anything for me? Hard to know. I have friends who use me as an information resource, so that feels useful. I enjoy all the input, but sometimes wonder if the mental stew is overwhelming other faculties. The blog puts some of all this back out as yet more input for others.
Posted by janinsanfran at 10:27 PM

Oh geez - thanks a lot. Now you've piqued my curiosity about a bunch of other publications...

If I ever get my act together and figure out the technology to organize everything better, you've provided a lot of good ideas here. Thanks.