We the people have opinions 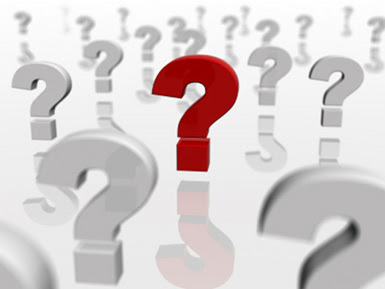 While doing some research on something else, I came across the Pew Research Convention Backgrounder.This survey explores attitudes that inform contemporary U.S. policies and controversies likely to be part of the national electoral campaign this fall. It's designed to tease out the differences on these matters between self-identified Republicans, Democrats and independents. But for today's purposes, I'm just going to share some of the aggregate data about how all of us, regardless of party, choose sides on various issues.

ON TAXES
Which comes closer to your view about the tax cuts passed under President Bush over the past few years?
All tax cuts should remain in place: 30 percent
Tax cuts for wealthy should be repealed, while others stay in place: 38 percent
All of the tax cuts should be repealed: 22 percent
Looks like there is a pretty solid majority for increasing revenue to the government somehow. Good thing, as having wasted billions on losing wars, real national needs are pretty dire.

ENERGY & ENVIRONMENT
Which one of the following should be a more important priority for this country?
Protecting the environment: 34 percent
Developing new sources of energy: 60 percent

Do you favor or oppose promoting increasing taxes on gasoline to encourage carpooling and conservation?
Favor: 22 percent
Oppose: 75 percent

Would you favor or oppose oil and gas drilling in the Arctic National Wildlife Refuge in Alaska?
Favor: 50 percent
Oppose: 43 percent
That's a depressing trio of popular opinions. Clearly we very much want to be able to continue the individually-owned automobile lifestyle. That isn't very surprising; our society is built around the car. How could all those families who finally were able to buy houses by taking on a commute to and from outer ring suburbs manage to live without cheap gas? Thing is, there's no reason to believe that any set of elected officials can deliver what people seem to want. Just maybe technological innovation will provide alternative fuels for individual vehicles -- but some adjustments are going to hurt along the way.

Meanwhile:
Is there solid evidence that the average temperature on earth has been getting warmer over the past few decades, or not?
Yes: 71
No: 21

In your view is global warming a very serious problem, somewhat serious, not too serious or not a problem?
Very/Somewhat serious: 73
Not too/Not a problem: 24
In contrast to the previous three items, obviously it has gotten across to us that we have a problem. A big problem. On these topics the partisan difference is stark: Democrats and independents believe the science; Republicans still prefer denial.

Do you favor or oppose promoting spending more on subway, rail, and bus systems?
Favor: 72
Oppose: 23
So we do want to do something -- but somehow we think those desirable transit options are something that other people will have to use. At least, that's what our other answers seem to suggest. We want to preserve the planet, but we haven't come to grips with either the problem or possible solutions in any very deep way.

Afghanistan?
Right decision: 65
Wrong decision: 24
Don't know/Refused: 11
The question about Afghanistan was the only one in the survey that evoked a double-digit percentage indicating that people's views haven't jelled. If the war in Afghanistan goes badly, as seems very likely, it would not be surprising if numbers on this question drifted in the direction of those for Iraq. Pity the poor Afghans.

Torture?
Often justified: 17
Sometimes justified: 31
Rarely justified: 20
Never justified: 30
Apparently majorities of us remain scared rabbits in the aftermath of 9/11 and our rulers' playing on our fears to gain unfettered power for themselves. I find this very depressing.

Gun ownership?
Protect right of Americans to own guns: 37
Control gun ownership: 58
These two responses strike me as completely contradictory. I think the issue of guns is the perfect example of a matter on which most of the public is pretty confused, but a small group (well-funded by gun makers and sellers) takes the issue as its sole political priority and consequently achieves influence exceeding its numbers. Few of the rest of us think very deeply about gun issues. But those who do care, care passionately, and are well organized to make themselves heard.

These topics barely scratch the surface of what can be learned from the Pew Research Convention Backgrounder. I may yet do another post on some of the other contradictory attitudes revealed there. Lots to think about.
Posted by janinsanfran at 1:10 AM