Annals of the Anthropocene: dare we think about it? 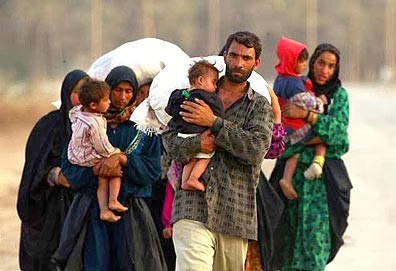 The term "Anthropocene" refers to a paradigm we might as well get used to. It represents

the idea that we have entered a new epoch in Earth’s geological history, one characterized by the arrival of the human species as a geological force.

Iraq war vet Roy Scranton reflects on the implications of this construct, which is rapidly gaining currency among scientists, in a discursive meditation in the New York Times, titled Learning to Die in the Anthropocene.

The challenge the Anthropocene poses is a challenge not just to national security, to food and energy markets, or to our “way of life” — though these challenges are all real, profound, and inescapable. The greatest challenge the Anthropocene poses may be to our sense of what it means to be human. Within 100 years — within three to five generations — we will face average temperatures 7 degrees Fahrenheit higher than today, rising seas at least three to 10 feet higher, and worldwide shifts in crop belts, growing seasons and population centers. Within a thousand years, unless we stop emitting greenhouse gases wholesale right now, humans will be living in a climate the Earth hasn’t seen since the Pliocene, three million years ago, when oceans were 75 feet higher than they are today.

We face the imminent collapse of the agricultural, shipping and energy networks upon which the global economy depends, a large-scale die-off in the biosphere that’s already well on its way, and our own possible extinction. If homo sapiens (or some genetically modified variant) survives the next millenniums, it will be survival in a world unrecognizably different from the one we have inhabited.

… The biggest problem climate change poses isn’t how the Department of Defense should plan for resource wars, or how we should put up sea walls to protect Alphabet City, or when we should evacuate Hoboken. It won’t be addressed by buying a Prius, signing a treaty, or turning off the air-conditioning. The biggest problem we face is a philosophical one: understanding that this civilization is already dead. ...

Email ThisBlogThis!Share to TwitterShare to FacebookShare to Pinterest
Labels: annals of the anthropocene, Iraq, warming wednesdays