Death and a difficult birth 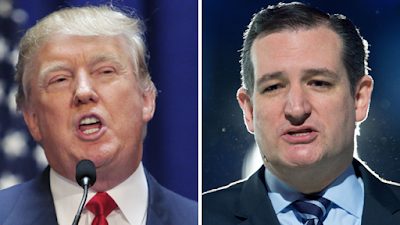 The growls from debating Republicans make our situation ever clearer.

On the Intersection podcast (go subscribe if you don't already) Wajahat Ali of Al Jazeera named the Republican presidential campaign "the death rattle of white supremacy." That seems accurate.

Rebecca Traister spells it out: "This moment, this election, these years represent the death throes of exclusive white male power in the United States." She goes on:

... the presidential-primary contest, while absurdist and theatrical, is reflecting very real fury and violence in the non-electoral world: the burning of crosses and black churches, the execution of black men by police, the resistance of male soldiers to women in elite combat positions, a white man with a history of rape and violence against women himself a “warrior for the babies” after killing people at an abortion clinic, and a younger white man killing nine black churchgoers with the explanation “You rape our women, and you’re taking over our country.”

I have no doubt about this: something new is being born. The birth process is painful and dangerous.

It is not coincidence that after seven years of a black president people are calling for lynchings at Republican rallies. It’s not some random quirk that eight years after a woman almost became the Democratic nominee, Republican candidates are crowing about their commitment to making pregnancy compulsory and accepting the endorsements of those who support violence against abortion providers.

But new life is coming if we help it along, just as the winter solstice will soon arrive and the light will once again increase.
Posted by janinsanfran at 5:00 AM

I would never have thought to accuse Jan Adams of being an optimist! but who am i to say you're wrong? we can but hope, and, some of us, pray...