The State of the Union in fraidy cat nation 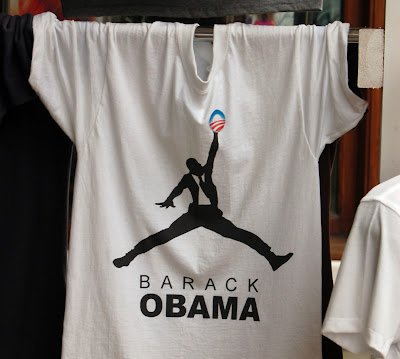 The Prez should go for the truth shot tonight, but we are told that he won't.

In the Times, Peter Baker lays it out:

Here is what he probably will not say, at least not this bluntly: Americans are more likely to die in a car crash, drown in a bathtub or be struck by lightning than be killed by a terrorist. The news media is complicit in inflating the sense of danger. The Islamic State does not pose an existential threat to the United States.

He will presumably not say this, either: Given how hard it is for intelligence and law enforcement agencies to detect people who have become radicalized, like those who opened fire at a holiday party in San Bernardino, Calif., a certain number of relatively low-level terrorist attacks may be inevitable, and Americans may have to learn to adapt the way Israel has.

By all accounts, Mr. Obama is sympathetic to this view, which is shared by a number of counterterrorism veterans who contend that anxiety has warped the American public’s perspective. But it is also a politically untenable argument at a time when polls show greater fears about terrorism than at any point since the weeks after Sept. 11, 2001.

It's bad if he fails to go there. This country will continue to be mired in roiling racial anxiety and the enthusiastic embrace of authoritarianism so long as we refuse to learn this essential fact. He loses nothing, personally, if he warns us away from our panic. While we remain panicked, all our demons run wild.
***
I've decided, reluctantly, that I'll watch the show tonight. Usually I abstain. But not this time. For all his myriad faults -- deportations, failure to prosecute both banksters and torturers, persecution of whistleblowers and allegiance to self-serving government secrecy -- this man has been the president most sympathetic to what I hold dear that I expect ever to see. Strange but true. I, no less than my panicked fellow citizens, need to learn to live with political ambiguity and uncertainty.
***
UPDATE: The Prez said as much as he could in the home of the fearful:

... as we focus on destroying ISIL, over-the-top claims that this is World War III just play into their hands. Masses of fighters on the back of pickup trucks and twisted souls plotting in apartments or garages pose an enormous danger to civilians and must be stopped. But they do not threaten our national existence. That’s the story ISIL wants to tell; that’s the kind of propaganda they use to recruit. We don’t need to build them up to show that we’re serious, nor do we need to push away vital allies in this fight by echoing the lie that ISIL is representative of one of the world’s largest religions. We just need to call them what they are — killers and fanatics who have to be rooted out, hunted down, and destroyed.

Better than nothing. Let's do what we can to discourage the inevitable "collateral damage."
Posted by janinsanfran at 10:33 AM