Juneteenth and all that

I rejoice for those, including most especially Ms. Opal Lee, for whom the new federal holiday is the culmination of a long campaign. The enslaved people of Galveston, Texas had been legally "free" since the Emancipation Proclamation of January 1, 1863 when they got the news on June 19, 1865 -- but sometimes it takes a long time for reality to catch up with the laws on the books.

Make that a very long time ...

I reflect on how very different this feels from the long process that led up to the Martin Luther King Jr. holiday. Hardly a Republican dared go against the Congressional vote on this one, unlike the King holiday which was opposed by such luminaries as Senator John McCain. Back in the day, the U.S. political elite had living memories of the good trouble of the civil rights movement, for better and worse. They aren't carrying any living memories of joyous, free Black Texans. These same GOPers who voted for Juneteenth are doing their damnedest to suppress the votes of the descendants of slaves.

I ruminate on the Juneteenth holiday arriving during what is now known as Pride Month. May it not go the way of what was once Lesbian and Gay Freedom Day, reduced to an opportunity for corporations to advertise how "with it" they are and sell us more stuff.

Especially for white people, but perhaps for all, let's make Juneteenth a moment to rededicate ourselves to a new outburst of freedom. Freedom is powerful stuff indeed. 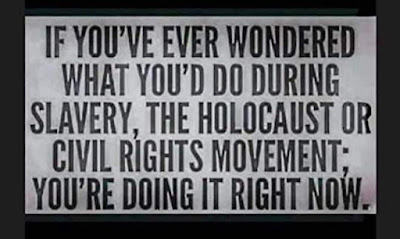