We do live in one of the most beautiful places in the world. These days, EP and I are hiking diligently, trying to get ourselves in shape for carrying (small) loads later this summer. Mostly, we've stayed in the city or close by. You get the benefit of some local pics, all taken for practice using an iPhone as a primary camera. 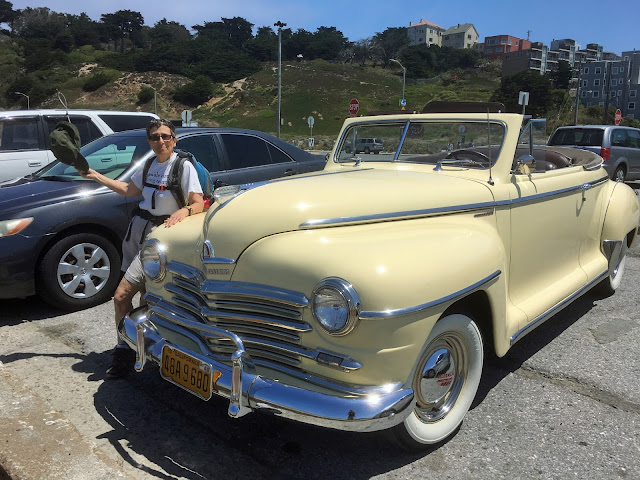 Here EP poses next to a vehicle we encountered while heading to an urban trail. It is a good half a decade older than she is. 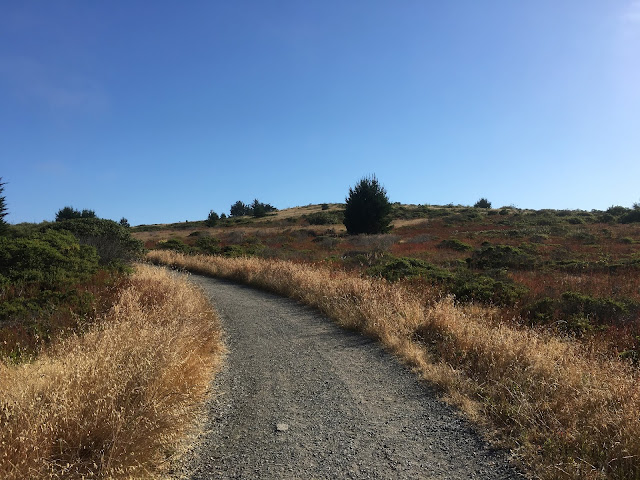 The grasses on the side of San Bruno Mountain, just south of the city, are extraordinarily colorful right now. 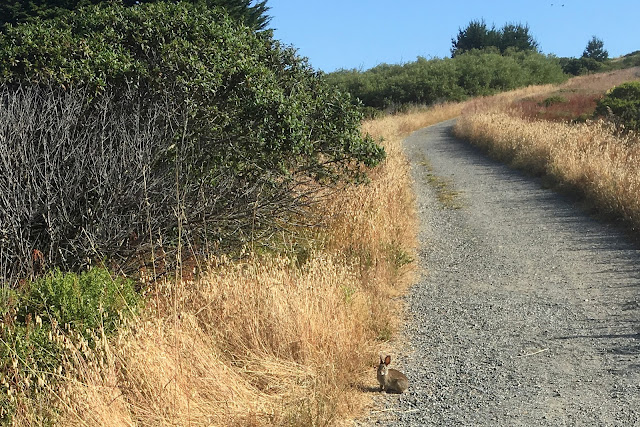 If the local rabbits don't learn to keep under cover, they are in danger of becoming some hawk's dinner. 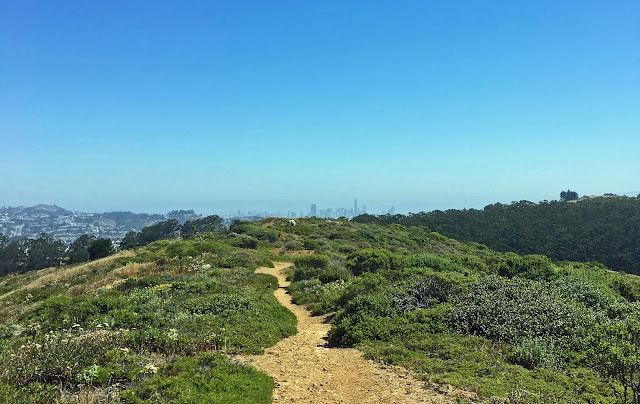 The city looks magical from this San Bruno trail. 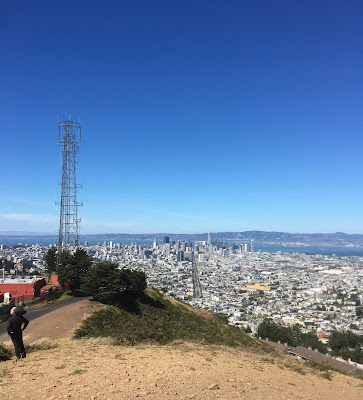 This shot is proof you don't have to leave the city to get a good hike; after an 800 foot climb from the Mission, you can nearly get blown over at the top of Twin Peaks. 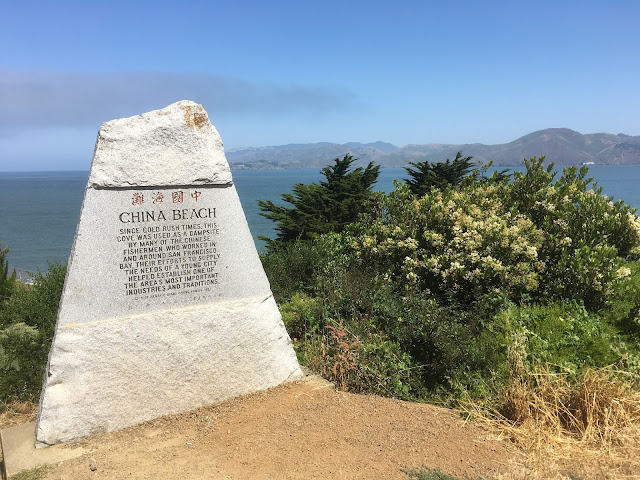 Hidden away below the mansions of the Sea Cliff neighborhood, China Beach was once used by Chinese fishing boats, presumably because they weren't much welcome at anchorages in the harbor proper.

Now the beach is administered by the Golden Gate National Recreation Area. If you can find it, there is free parking which was half empty on a summer morning. A tai-chi class had taken over the rec center roof.