Foreign nationals under the Israeli gun 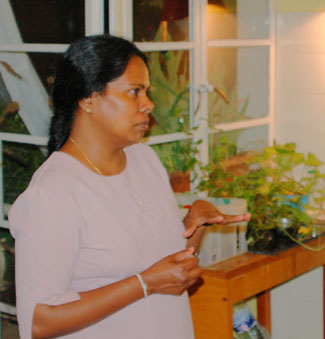 Today the story of Israel's attack on Lebanon in the western media consists of dramatic pictures of foreign nationals being evacuated. (There can't really be any argument about whether Israel is making war on the state of Lebanon, not just Hezbollah, after yesterday's bombing of privately owned milk, plastics and paper factories throughout the country.) I can understand the attraction of the evacuation pictures -- and at least so far, reporters can cover evacuation a lot more safely than they can visit bombed sites. And the resulting stories are more palatable than discussing yet more Lebanese civilian casualties.

The BBC website is running this box on its main page showing the nationalities of foreigners who might be among the evacuees. Hey, wait a minute -- that leaves out the most obvious foreigners we saw in Lebanon last month: South Asians, mostly Sri Lankans, mostly working as maids.

Because we were staying with a Lebanese activist for the maids' rights, we were extremely conscious of the condition of these women. They come to Lebanon in order to send remittances to their families. Once in the country, they often find themselves at the mercy of corrupt labor contractors, embassy officials who want a cut of somebody's cash, and employers who think they have bought 18 hours a day of labor and few bodily favors from their imported help. Not surprisingly, some escape their conditions of semi-servitude, overstay visas, and generally live in an undocumented twilight. When caught, these immigration violators have been held in a underground prison in downtown Beirut -- it occurred to me that sounded like a death trap given current Israeli targeting of Lebanese infrastructure.

Well -- it turns out the BBC is not unaware of the Sri Lankans. If you poke around in their site and get into the section aimed at South Asia, (after all, that region was once part of the raj) you can find a quite thorough article aimed at the BBC's Sri Lankan audience. Given what we heard about the corruption and inefficiency of the Sri Lankan embassy, I don't feel all that reassured when a Second Secretary says they are doing their best to get Sri Lankans out -- but it can't hurt the 80,000 foreign workers from that country to have questions about their well-being asked by a western media outlet.

And despite the BBC's graphic on their lead page, Sri Lankans do number more than any of the foreign contingents named in their graphic!
Posted by janinsanfran at 10:03 AM

Yup, quite trgic how these other people have been caught up.

As'ad AbuKhalil, who's written about the plight of the Sri Lankan workers in Lebanon before, noted today that no one is helping them -- there will be no evacuation for these people.