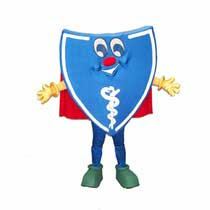 The title is President Theodore Roosevelt's phrase for the vicious monopolies of his time (1901-1908), especially the railroads (which controlled transport and consequently all commerce) and sellers of unsanitary food and meat. A couple of stories leaped out at me today that point to some of the most egregious contemporary malefactors: the health insurance industry.

Producing nothing, simply making money from our necessity that we bet against our continued well-being, insurers aren't content to profit from our insecurity. They'll scam any way they can to make a buck.

From the New York Times, quoting unreservedly to avoid the paper's pay-to-read wall:

Insurance agents, spurred in some cases by incentives like trips to Las Vegas, have aggressively marketed the private plans, known as Medicare Advantage plans. Enrollment in them has skyrocketed in the last year, and Medicare officials foresee continued rapid growth in the next decade.

Proponents of private plans say they are indisputably good for many older Americans because they coordinate care and may offer extra benefits, like discounts on eyeglasses, hearing aids and dental care.

But federal officials said that the fastest-growing type of Medicare Advantage plan generally does not coordinate care, does not save money for Medicare and has been at the center of marketing abuses.

Meanwhile, in California, according to the Los Angeles Times, a lawsuit is slowly working its way through the courts contesting the insurance company practice of "retroactive health policy cancellations." That is, if you have the effrontery to get sick and need to use the insurance you pay for, they investigate you to see whether you might have made some error on your application form. And Blue Shield apparently uses a deceptive form that downright encourages an unwary applicant to neglect to fill out information on all members of a household.

Cindy and Steven Hailey fell into this trap. Now Blue Shield not only refuses to pay the $450,000 in medical bills Steven Hailey incurred after a 2001 car accident, it has also garnished his wife's wages to try to get back the $104,000 it paid out while investigating the couple.

Their mistake: they listed Steven Hailey's weight as 245 rather than 285 and thought they didn't have to give his medical history because of a confusing paper form.

So far, the courts have sided with Blue Shield. Great news for the insurance companies: force everyone to pay you good money -- avoid taking responsibility for their claims. Take their money right to the Wall Street Casino. Nobody passes "GO" but the malefactors.

Why do we allow these people to stay in "business"?

Posted by janinsanfran at 3:00 PM

Email ThisBlogThis!Share to TwitterShare to FacebookShare to Pinterest
Labels: health

They are organized crime, pure and simple.

For about a month a couple of years ago, I helped "proof" one of those Blue Shield online sign-up programs, and as somebody who considers himself fairly sophisticated about computers, I was astonished to find myself confused, stymied, harassed, and unable to properly complete the various screens while pretending to be different kinds of people. It looked like the entire process was designed to do nothing but fuck people over. The owners and top executives of health insurance programs all belong in jail.