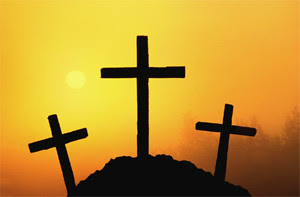 In his expose of authoritarian dominionists who have hijacked parts of U.S. Christianity, American Fascists: The Christian Right and the War on America,Chris Hedges challenges complacent mainstream religious organizations:

As long as scripture, blessed and accepted by the church, teaches that at the end of time there will be a Day of Wrath and Christians will control the shattered remnants of a world cleansed through violence and war, as long as it teaches that all nonbelievers will be tormented, destroyed and banished to hell, it will be hard to thwart the message of radical apocalyptic preachers or assuage the fears of the Islamic world that Christians are calling for its annihilation. Those who embrace this dark conclusion to life can find it endorsed in scripture, whether it is tucked into the back pew rack of a liberal Unitarian Church in Boston or a megachurch in Florida. The mainstream Protestant and Catholic churches, declining in numbers and influence, cannot hope to combat the hysteria and excitement roused by these prophets of doom until they repudiate the apocalyptic writings in scripture.

Hedges brings a special anguish to his portrayal of these charlatans who are out to replace our lumbering, fractious democracy with their simple-minded violent theocracy. He acquired his tolerant, humane values from a very different kind of Christianity. Later he earned a Masters from Harvard Divinity School, and saw entirely too much real violence as a war correspondent for fifteen years. The last experience led to his other major book, War Is a Force that Gives Us Meaning.

Hedges cares about meaning -- and the religious right, appropriately, scares him. He raises the alarm emphatically:

I do not believe that America will inevitably become a fascist state or that the Christian Right is the Nazi party. But I do believe that the Christian Right is a sworn and potent enemy of the open society. Its ideology bears within it the seeds of a religious fascism. In the event of a crisis, in the event of another catastrophic terrorist attack, an economic meltdown or huge environmental disaster, the movement stands poised to ruthlessly reshape America in ways that have not been seen since the nation’s founding. All Americans, not only those of faith, must learn to speak about this movement with a new vocabulary, to give up passivity and to defend tolerance. The attacks by this movement on the rights and beliefs of Muslims, Jews, immigrants, gays, lesbians, women, scholars scientists, those they dismiss as "nominal Christians" and those they brand with the curse of "secular humanist" is an attack on all of us, on our values, our religious freedoms and our democracy. Tolerance is a virtue, but tolerance coupled with passivity is a vice.

This book is very much worth a read.
***
I've been reading Chris Hedges' book about our Christian fascists concurrently with trying to fathom whether John McCain has really put a dominionist on the ticket with him. Because these people don't advertise their true ends, it is not easy to draw definitive conclusions. But it certainly isn't hard to arrive at a sense that Sarah Palin, at the least, comes from a milieu where the wackier beliefs of the radical religious right are part of conventional mental furniture.
Posted by janinsanfran at 12:15 AM

Wow! You wrote a very potent and intelligent article on a segment of our society that scares me to death. I call them the American Taliban. I wish more people would pay attention to this.

I have read how they scheme to infiltrate the schools, local governments, etc. They have done a very good job of it in Arizona.