European conundrum: Can a continental Humpty Dumpty get itself together? 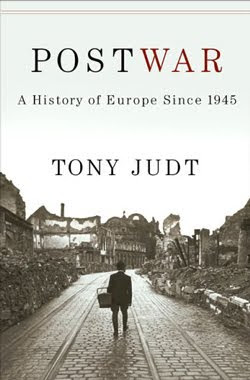 For a lot of us in the United States, Europe (not including Russia) isn't an area that ever grabbed our political attention. When my generation was young, for worse and better, we were forced by the Vietnam war to take note of East Asia -- and today we are all noticing India and China. Later in the 1980s and 90s, progressives were distressed by U.S. support for South American dictatorships and parallel efforts to crush Central American democratic uprisings. We supported the African National Congress' struggle for a non-racial state in South Africa -- and pretty much ignored the rest of the continent. We could hardly help noticing that the U.S. was supporting Israel's occupation of Palestine and angling to control oil in the complex politics of the Middle East.

But, aside from Bush and Cheney indulging a snit against the French, for many of us, Europe is just there. Our ancestors mostly immigrated from Europe and we might visit of the continent as the source and a sort of living theme park of "old civilization," but not as a place to worry about.

Tony Judt's Postwar: A History of Europe since 1945 fills in an awful lot of my intellectual voids about Europe. Professor Judt is a British historian who teaches at New York University. This is an incredibly ambitious book -- a survey of the political and social history of the continent in its widest definition from the end of World War II through about 2005. What follows summarizes and necessarily flattens one of the most richly textured historical narratives I've ever encountered. But Judt's accomplishment is so striking -- and in some senses disturbing -- that I want to undertake restating it, even poorly, here.

Judt's book is a history that reintegrates the eastern part of Europe, including European Russia, into the continent's story alongside the west of the continent. That shouldn't be surprising, since economic and a partial political reintegration is precisely what all of Europe has accomplished since the collapse of the Soviet empire in 1989 -- but I am sure that I am not the only American who (along with many Europeans) barely noticed that such an intellectual reintegration was needed if we were to have a truer picture of Europe today.

Eastern Europe, thought of (rarely) as a gray zone of unknown and unknowable Soviet satellite states behind an "Iron Curtain," seemed an unquestioned feature of the postwar world to my generation. I don't remember imagining that these states were full of real people. They were cartoon regimes, implicitly deserving their obscurity (weren't they perhaps suffering for collaborating with Hitler? -- I didn't know). I absorbed this dismissive assumption despite having more reason than many in the United States to have a more nuanced attitude: the city I grew up in included the largest Polish population of any city outside of Warsaw and I had a Serbian uncle in my family. But the people who occasionally paraded downtown in the 1950s trying to raise our consciousness about "captive nations" seemed antiques from a dead world.

Judt brings out how the Soviet Union's wily Stalin played on Eastern Europeans' awareness that Western Europeans looked down on them, using this prejudice to help cement servility within the Communist puppet states. Judt maintains that Stalin himself chafed under Western condescension and rubbed it in for his subjects. They were encouraged to feel

...a deep-rooted anxiety about Russian, and more generally 'Eastern' inferiority... In a 1950 trial in Sofia of 'The American Spies in Bulgaria', the accused were charged with propagating the view 'that the chosen races live only in the West, in spite of the fact that geographically they have all started in the East.' The indictment went on to describe the accused as exhibiting 'a feeling for servile under-validation' that Western spies had successfully exploited. The West, then, was a threat that had to be exorcised, repeatedly.

And this had roots in reality. When Poles, Hungarians, Czechs, and others looked west for concern for their loss of control of their own countries during the 1950s and 60s, they encountered

...widespread ignorance of the fate of contemporary Eastern Europe, coupled with growing Western indifference, that was a source of bewilderment and frustration to many in the East. ...Stalin's success in gouging his defensive perimeter deep into the center of Europe had removed Eastern Europe from the equation. ...And despite the fact that the challenge of Communism lay at the heart of Western European debates and disputes, the practical experience of 'real existing Communism' a few score miles to the east was paid very little attention: and by Communism's most ardent admirers, none at all.

Thus Western Europe found its own political way in the postwar decades without ever seriously taking into account what was going on in the lives of people in the East. In the East, a "reform Communism" was periodically raised up (Poland, 1950; Hungary, 1956; Czechoslovakia, 1968) only to be crushed by Russian forces. Judt maintains these movements erred in holding

...a curiously naive misreading of the system under which they lived. What mattered to the Communist leadership was not economics but politics. The ineluctable implication of the economic reformers' theories was that the central authority of the Party-State would need to be weakened if normal economic life was to be resumed. But faced with that choice the Communist Party-States would always opt for economic abnormality.

Eastern European economies -- "Communist," centrally planned, corrupt -- did not provide for their people, nor could they provide any individual or political freedom. By the 1970s, Communism was convicted for Eastern populations of being an ugly, backward looking relic.

Communism, it was becoming clear, had defiled and despoiled its radical heritage....If Lenin and his heirs had poisoned the well of social justice, the argument ran, we are all damaged. ...What begins with centralized planning ends with centralized killing.

Meanwhile, in the West, in the first two decades postwar, building upon the rubble that was all the remained of prewar prosperity, European states concentrated on economic growth and creating social peace by constructing viable welfare states. For Western Europe, the lesson of German aggression and fascism generally was that peace mattered above both ideology and acquisition of great wealth. And they made stable democracies that delivered welfare and peace.

By the 1970s, Western European economies stopped growing so fast and social peace seemed secure, so there were second thoughts about some of this. In Britain, Margaret Thatcher came to power, privatizing state-owned enterprises and breaking the unions. In France, there was a vogue for admiring U.S. capitalism. But concurrently Western Europe lurched awkwardly and haltingly toward economic union. And it was rich enough and stable enough to reintegrate Eastern Europe when those states so suddenly escaped from their gray obscurity afer 1989. And when Judt wrote in the middle of the 00s, Europeans did not doubt that they'd found a desirable form of social organization.

Europeans may have lost faith in their politicians, but at the core of the European system of government there is something that even the most radical anti-system parties have not dared to attack head on and which continues to attract near-universal allegiance. That something is certainly not the European Union, for all its manifold merits. It is not democracy; too abstract, too nebulous, and perhaps too often invoked to stand in isolation as an object for admiration. Nor is it freedom or the rule of law -- not seriously threatened in the West for many decades and already taken for granted by a younger generation of Europeans in all the member states of the EU. What binds Europeans together, even when they are deeply critical of some aspect or other of its practical workings, is what it has become conventional to call -- in disjunctive but revealing contrast with 'the American way of life' -- the 'European model of society.'

For Judt, the intellectual disjunction between East and West still endures. The two parts of Europe have never come to terms with their different political evolutions, in particular their different understandings of historical Marxism.

To many western European intellectuals, Communism was a failed variant of a common progressive heritage. But to their central and east European counterparts it was an all too successful local application of the criminal pathologies of twentieth-century authoritarianism and should be remembered thus.

Maybe Europeans can simply go forward without intellectual reintegration of their history. Perhaps these unreconciled histories will continue to bedevil them. Now that's something that people in the United States know something about, as the U.S. South continues to march to different memories than other regions even 150 years after our nation's most bloody civil disjunction.

Postwar is richly informative, deep, challenging, long and absolutely worth the effort. Highly recommended.
Posted by janinsanfran at 4:00 AM