All because an FBI agent checked the wrong box ... 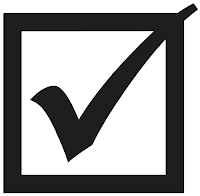 … an innocent Malaysian professor was placed on the U.S. no-fly list, had her visa revoked and, when she reapplied to enter the U.S., received a denial with the word "terrorist" scribbled on the form. Dr Rahinah Ibrahim was a graduate student at Stanford in 2004 when she first found herself enmeshed in this Kafkaesque nightmare. She is now dean of architecture at Universiti Putra Malaysia.

Federal Judge William Alsup revealed the details that led to her listing in a heavily redacted opinion ordering U.S. authorities to remove all references to Ibrahim in their various terrorist databases. He apparently also ordered the U.S. to stop impeding travel by Dr. Ibrahim's U.S. citizen daughter, but the entirety of that part of his opinion is blacked out.

Dr. Ibrahim's is the first lawsuit that has successfully penetrated the mysteries of a post 9/11 government watch listing program and won a verdict requiring removal. Her result suggests that the government's insistence on concealing the process by which it assembles its lists may be as much about avoiding revelations of overreach or incompetence as about protecting us from people they believe are terrorists.
Posted by janinsanfran at 5:00 AM