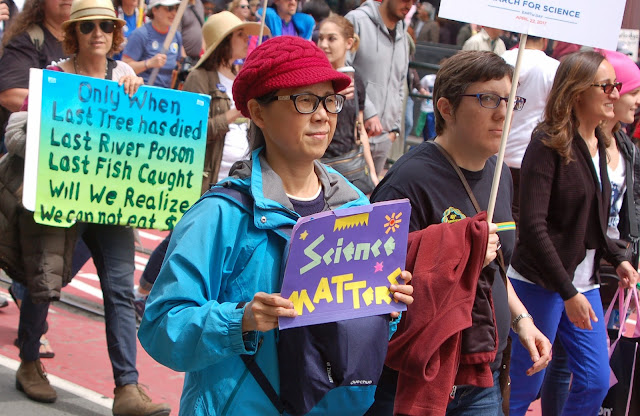 An awful lot of people think the Great Cheato has proved his hostility to science through executive orders, his public statements, and his appointments to vital agencies like the Environmental Protection Agency. And they are determined to let him know that this aggressive ignorance won't do. 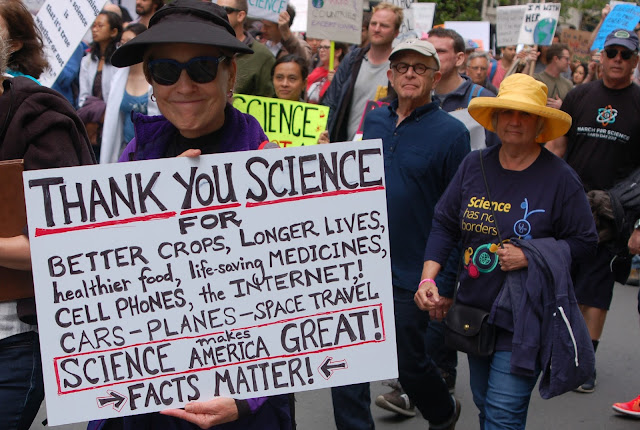 Somewhere between 10 and 20 thousand people marched Saturday in San Francisco as one of 600 demonstrations across the globe affirming that "facts matter," no matter what the Trumpites may imagine. 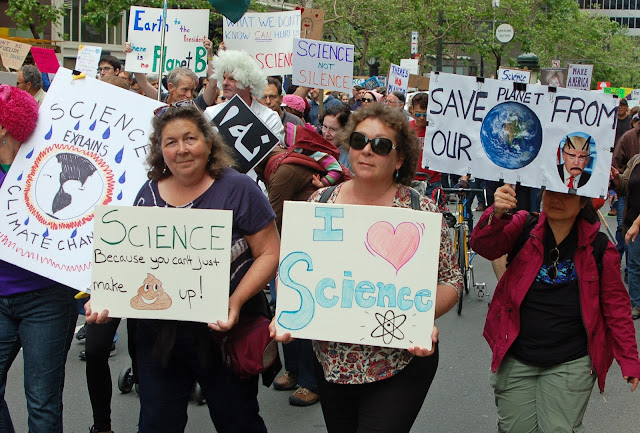 Yes, an astonishing fraction of the marchers were women, as EP noted -- she hasn't been to as many of these resistance events as I have. Women always seem over-represented. Or perhaps we are just turning out in our numbers and these marches look different. Hooray for us! 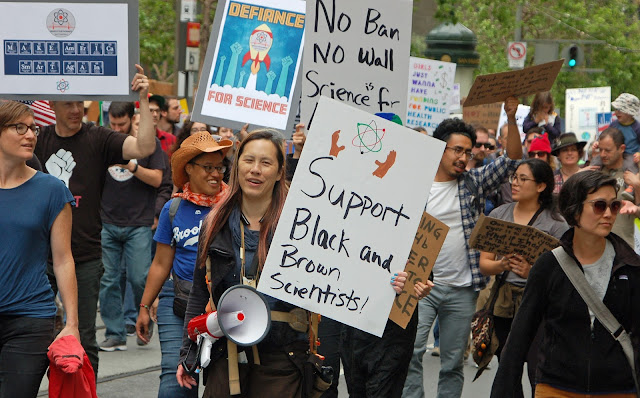 Black and brown science fans were not over-represented, but neither were they rare at this march. The March for Science appeared far more diverse than the Tax March last Saturday, perhaps because it was also much younger; college science students were well represented. The younger cohort are simply less overwhelmingly white. 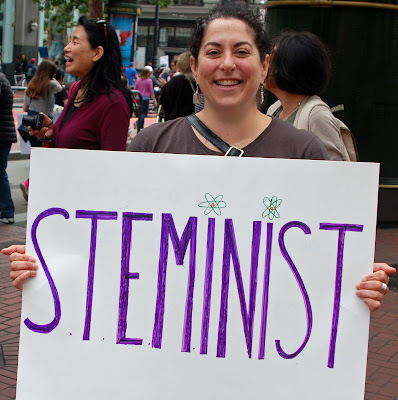 Studying STEM (Science, Technology, Engineering, and Math) can be a hard route for young women. Affirming one belongs among friends is a joyful experience. 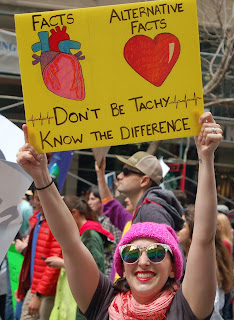 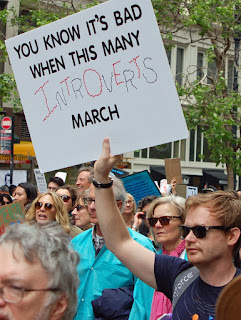 A movement takes all kinds ... 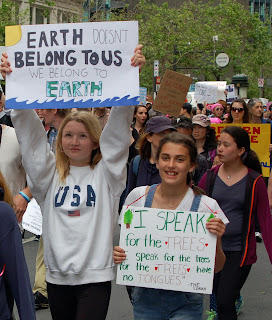 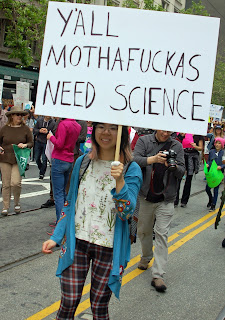 and many cultural and generational expressions. 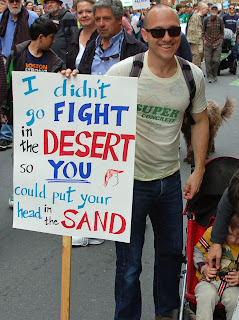 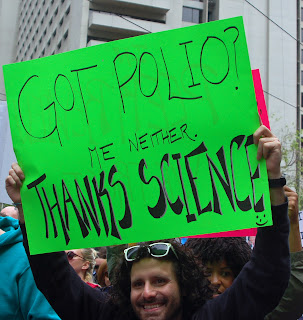 When people put out the energy to create personal messages for a march, something is happening. 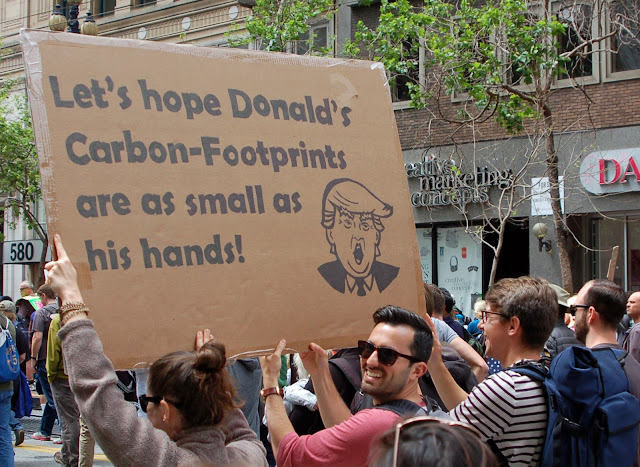 This wouldn't be San Francisco if serious themes weren't interspersed with humor. Marchers had a great day at the March for Science. Thanks to organizers of this significant festival of resistance.
Posted by janinsanfran at 7:52 PM