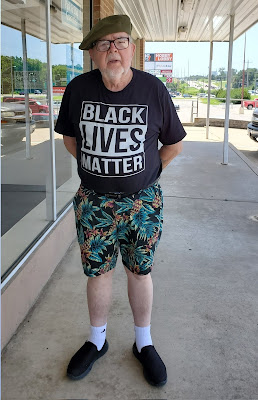 Stevie Jo Payne writes on Twitter: "I've been given a second chance. When I was a young man I didn't do enough to voice my convictions because I was a coward."

According to his bio, he was "United States Navy 1961-1965. I am a high school dropout who finished high school post navy, started college at 29, graduated at 57. No sense of humor."

I can't agree with that last.

I have no idea if I would warm to Stevie if I met him, but you gotta like his spirit.

Posted by janinsanfran at 7:07 AM