A growing divergence between young women and young men

Thanks to Matt Yglesias (@mattyglesias) for this interesting data point: 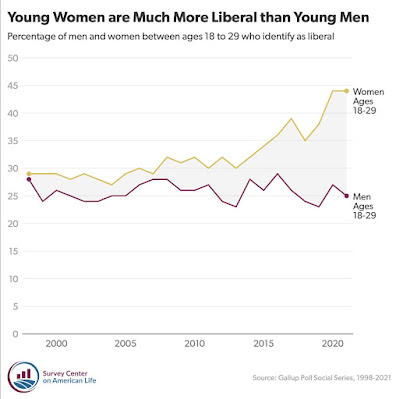 There's the obvious: Republicans, especially since the rise of the Donald, have made themselves the party of male anger. Screaming misogyny and abortion bans are off-putting and liberals claim to point to a happier future for young women.

In addition, as Erudite Partner explored in June, almost two out of three current college students are women.

Democrats are speaking quite directly to this trend. In an upstate New York House race in which the vote is August 23, aspiring Congressman Democrat Pat Ryan is running this ad.

Posted by janinsanfran at 12:33 PM