Our continuing struggle to respect the rights of all "the people" 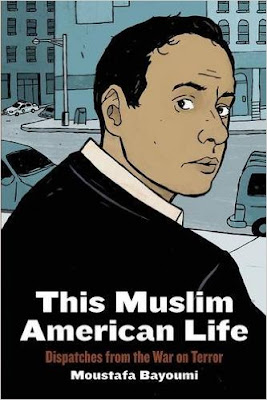 When one of my immigrant friends completes the naturalization process and is sworn in as a US citizen, I'm usually tempted to offer condolences and ask, why did you do it? (I seldom voice this; why share my misgivings about my birth country with my friends who may have altogether different perspectives? It's their parade too now, after all.) In This Muslim American Life: Dispatches from the War on Terror, Moustafa Bayoumi, a professor of English at Brooklyn College, CUNY, who was born in Zurich and raised a Canadian, shares his answer:

Why did I become a US citizen? The easy answer is that my life is here now, my green card was up for renewal, and I didn't have to give up my Canadian citizenship. But there is more to it.

This means there is a professed value in the United States, one that always seems to be contested, of protecting vulnerable minorities, citizens or not, from the passions of the majority. I became a citizen because I believe the fight for preserving the rights of "the people" in the United States, not only of other citizens, is worthwhile and I can do that more effectively as a citizen of the country where I live.

In that fight lies the defense of the American values of tolerance and respect. I also means that I can disagree with much of American foreign policy, as I do, and try to change it. Being a citizen of the United States doesn't mean I'm any better or worse as a person. (Nor will I drop my Canadian "pardon me?" for the American "what?") It means that the United States has recognized me as part of its family, and I have recognized the American people as part of mine. And family relationships, as we all know, require work and communication. I will try to live up to my own professed ideals of fairness and equality for all. And I expect the United States to do the same.

We're lucky this guy wants to be part of our ongoing struggle to preserve and extend our better aspirations!

I can heartily recommend Bayoumi's book of essays. It touches on many aspects of how the 9/11 attacks brought all Muslims in this country under suspicion at best and endangered them at worst. His perspectives have a broad range. He delves into how Muslims have become a "race" in US terms regardless of national origin or skin color; the "bloody stupid" War on Terror (and the war on people like him); and the cultural products of that war including Homeland and Zero Dark Thirty.

In this moment when Republican candidates are competing to propose the most vicious treatment of immigrants and all Muslims, I particularly appreciated the thoroughness with which Bayoumi exposes the so-called "special registration" program under the Bush administration. Too many of us have forgotten or never knew. This program required all non-immigrant males in the US from selected countries (all of which except North Korea had Muslim majorities) to be interviewed under oath, fingerprinted and photographed by the Department of Justice. An acquaintance -- who had very good reason to want to stay on the good side of US authorities because he was a legal student visitor from a country where his homosexuality could have gotten him killed -- told us of being pressured by his interviewer to spy for the Feds on other Muslims. The Obama administration didn't end the "bloody stupid war," but it did end this particular infringement on a selected segment of foreign visitors in 2011.
***
A current Mother Jones article, The Chilling Rise of Islamophobia in Our Schools, recounts the experiences of Syrian, Arab, and other Muslim students in the San Francisco public system. We've got a long way to go with this respect thing.
Posted by janinsanfran at 5:00 AM