Pill pushers will have to try harder 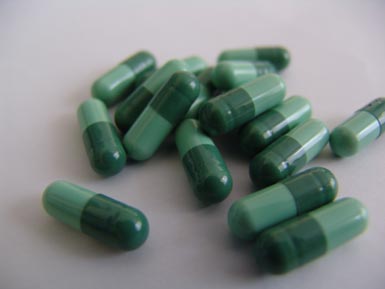 This couldn't be happening to a nicer group of folks: An Los Angeles Times story about increased seizures of prescription drug parcels sent from Canada to U.S. seniors hides its most interesting aspect at the very end.

Yes, it looks like the Feds are trying to prop up enrollment in their preposterous Medicare drug scam by harassing those who could get cheaper drugs by importing them.

And yes, apparently Canadian shippers view replacing seized shipments for free as a necessary cost of keeping their U.S. market.

And yes, big U.S. drug companies want to suppress any competition to their overpriced products.

But most fascinatingly, globalization is working to blunt pharmaceutical companies' ability to get their way by using the U.S. government:

Canadian pharmacies, which are able to purchase brand-name drugs at low wholesale prices negotiated with the purchasing power of the Canadian government, already had been adapting to increasing political and market pressure.

When major drug makers began curbing sales to Canadian pharmacies that shipped to the U.S., many began ordering in bulk from drug factories in Europe, India and Israel.

There may be a few benefits to individuals as the empire discovers it is simply another deadbeat debtor in a big world full of a lot of smarter, more realistic players.
Posted by janinsanfran at 2:32 PM

Email ThisBlogThis!Share to TwitterShare to FacebookShare to Pinterest
Labels: canada

Many countries not in North America have laxer patent laws that the U.S. and Canada do, and ultimately, the chemical formula for a drug is the same the world over.

How do Canadian pharmacies vet the safety of their imported drugs though? I'd be very interested to find that part out.

Consumer Reports, which is an outfit I tend to trust, looked into this in the Fall of 2005. Despite what the FDA may say, they found no difference in quality. In some cases generic drugs may be cheaper in the US but otherwise, FDA statements on drug importation are mostly propping up the drug sellers.