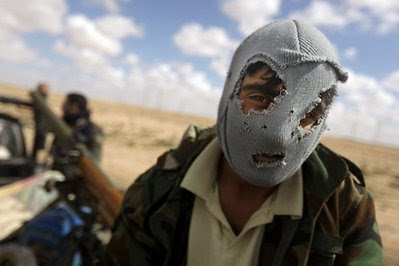 A warmer planet means more drought, more desertification -- and less land area suitable for human life. More poor people contribute to environmental degradation as they strip drying land bare. Humans became the dominant species on the globe because we move on when our home patch turns on us. A warming world with rising seas is going to push humans to move. A lot of humans.

According a 2009 report in The Economist,

... the International Organisation for Migration thinks there will be 200 million climate-change migrants by 2050, when the world’s population is set to peak at 9 billion. Others put the total at 700 million.

The article takes up the question whether people gradually pushed out of their current habitats must be treated as refugees by more fortunate populations. A few islanders displaced by higher ocean levels may be welcomed, but there's a tendency among rich populations to envision invading dark and dangerous hordes. Here in the US, we still look to the oceans to protect us, but Europeans look south at Africa and worry that they'll be swamped.

The Middle East Research and Information Project (MERIP) sets the current Libyan campaign by France, Britain and the United States in the context of those fears.

In France, Italy, Spain and elsewhere, immigration from Africa is a white-hot potato, not only because (as in the US) native-born Europeans resent competition from low-wage labor, but also because white Europeans fear their liberal laws and post-Christian culture will be overrun by unruly, yet doctrinaire Muslims. The EU has spent billions of euros to assuage this fear, both on tightened border security and on the “Euro-Med” family of socio-economic development programs, which are intended to lessen the poverty and despair propelling migrants northward.

In the 2000s, the concern with stanching the North African migrant flow was augmented by worries about transmigration -- the movement of black Africans across the Sahel and Sahara, through North Africa and then into Europe. Qaddafi’s Libya, along with Morocco, Algeria and Ben Ali’s Tunisia, became an increasingly watchful sentinel along the byways of transmigration, as the local press stoked anxiety about black Africans, unable to reach the promised land, settling in the Arab-Berber spaces en route.

A scantly governed Libya, wracked by revolt and starved of revenue by external sanctions, would be unable to block transmigration, even as it produced its own stream of refugees. The southern-tier EU states cannot abide a “Somalia,” as Secretary of State Hillary Clinton labeled the scenario of non-intervention, across the Mediterranean. ...

The entire analysis is worth a read.
Posted by janinsanfran at 4:00 AM