The iconography of the pilgrim: part 2 -- Saint James 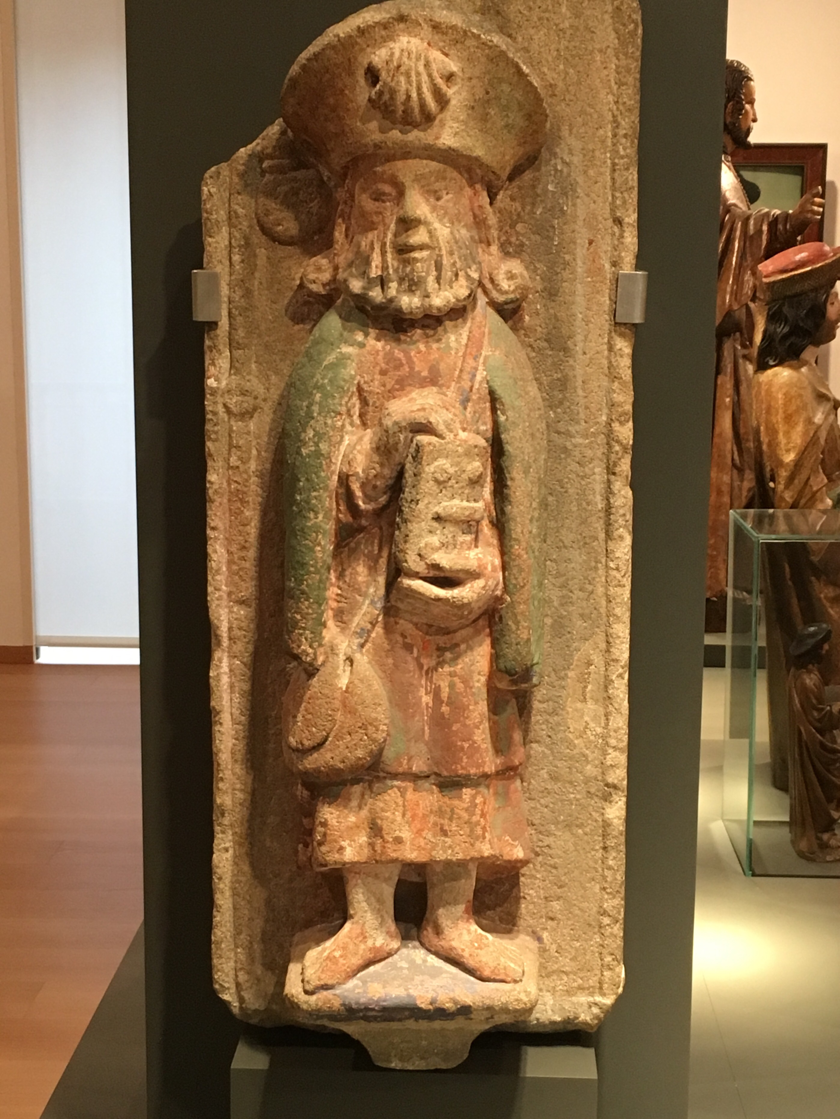 In Santiago, we visited the Museum of Pilgrimage. This excellent institution grapples with the different representations of St. James -- as Apostle, Crushing Caballero of Christian Spain or Matamoros, and Pilgrim. In the early iteration above, he carries the book and is shoeless as is proper for an apostle, but also wears the hat and carries the shell for scooping water and the pack (or sporran) of a humble pilgrim. By the Renaissance, St. James the Pilgrim had acquired an intercessory cult, attached to the Camino, the Way 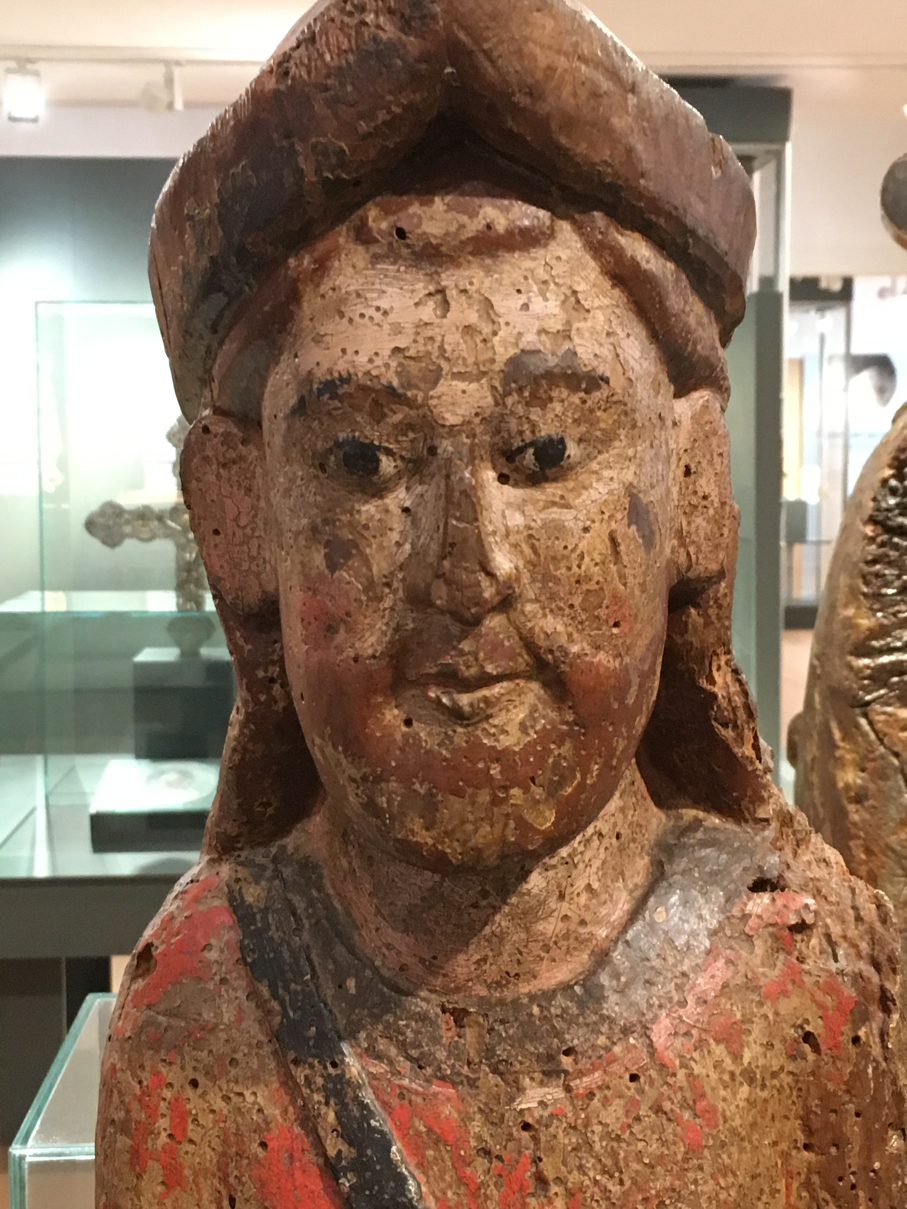 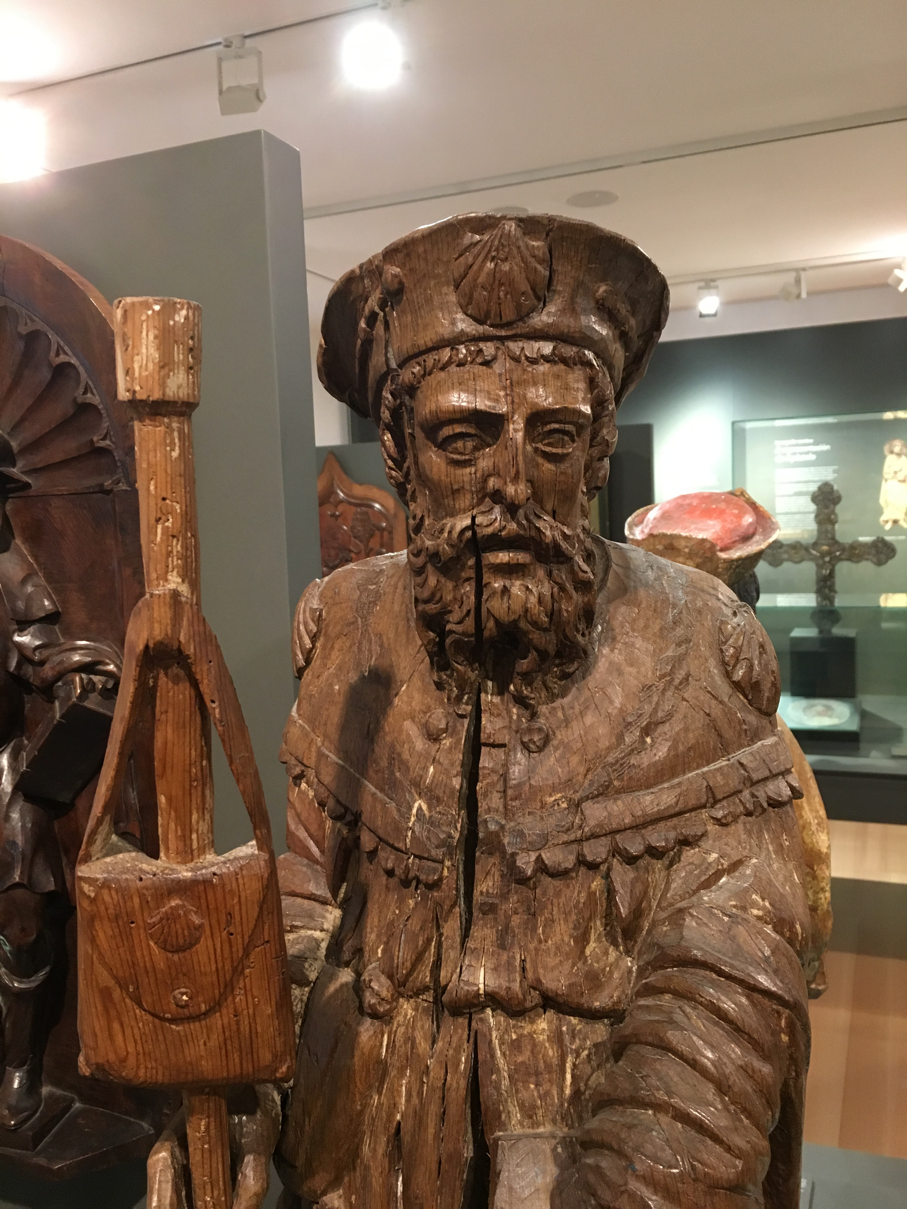 .
The very different features of these two representations of the saint provide a glimpse into the history of the peoples of the Iberian peninsula and particularly of Spain itself. In Roman times and through the period of Islamic rule, the region was as much tied to North Africa and beyond as to Northern Europe. There is no reason to believe that Spainards were monochromatically "white" or as we might say today "European" in appearance. That changed as the militant Christian Reconquista seized the whole land and expelled Others, Jews and Muslims. 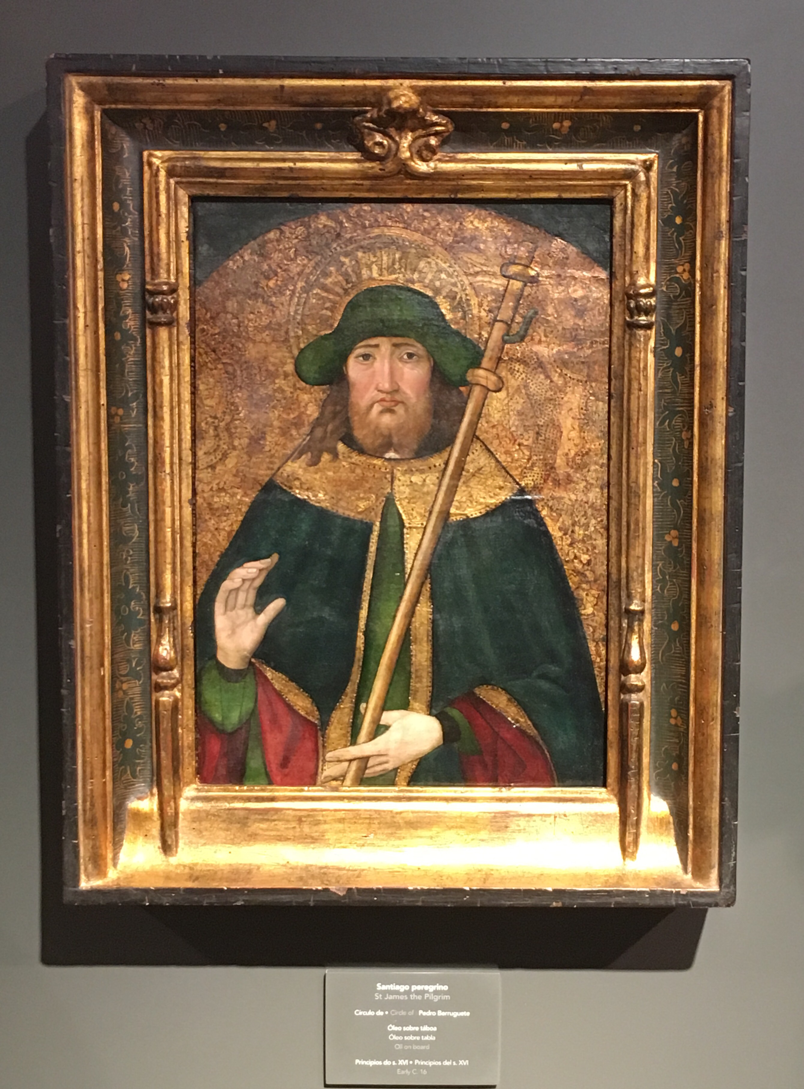 In some eras the saint, though still bearing the staff of a pilgrim, became quite regal. 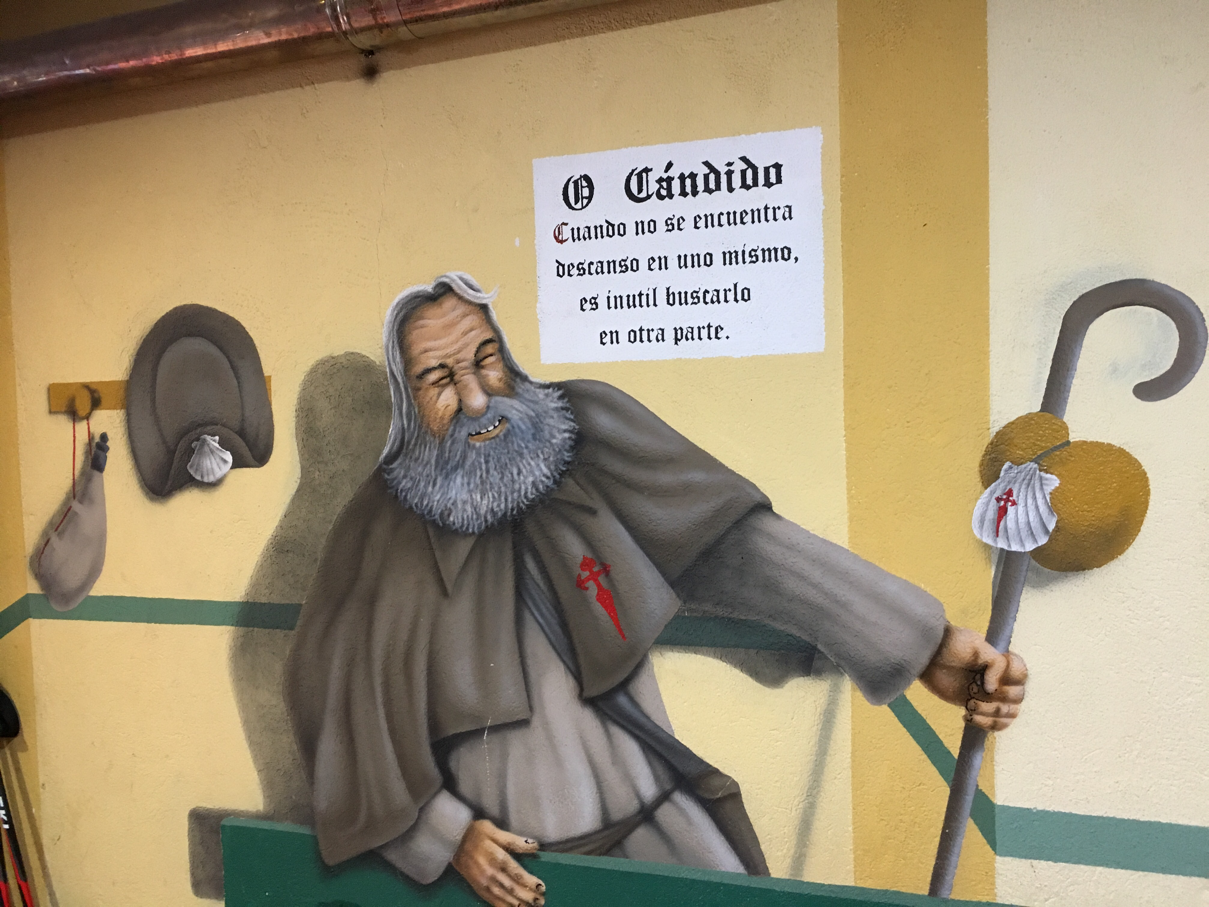 In this contemporary mural in a remote hostel in Galicia, St. James has become a welcoming almost Santa-like friend.
Posted by janinsanfran at 11:31 PM