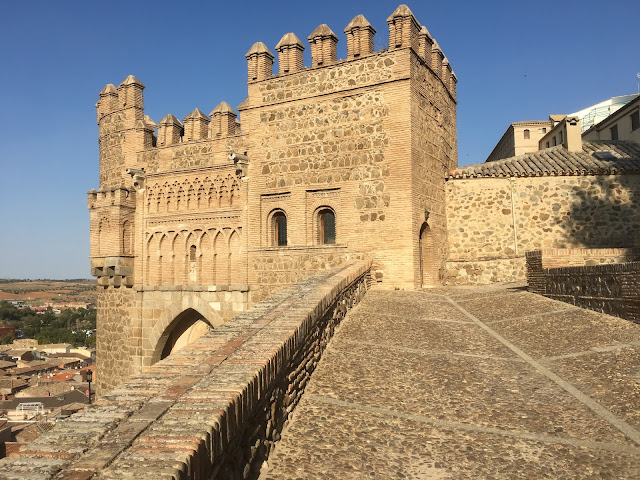 The Spanish city of medieval Toledo is a well preserved treasury of multi-faith historical religious edifices. A schematic history of the city: the Jews came along with the Roman Empire's legions; most Ibero-Romans eventually adopted Christianity as did the northern European "barbarians" who conquered this rich land; these kingdoms were pushed to the peninsula's margins by Muslim invaders bringing a rich pan-Mediterranean civilization; and the Muslims in turn were eventually expelled by Spanish Christian monarchs in the Reconquista ending in 1492, along with the remaining Jews who became the Sephardim of the Diaspora. It's a bloody, tangled story and Toledo proudly displays the cross-fertilized remnants. 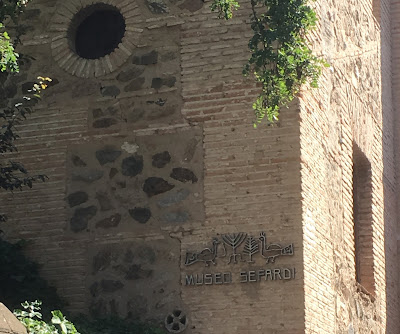 Today the Sephardic Museum occupies the Synagogue of El Transito, a worship space built by the merchant Samuel ha-Levi in 1356 by permission of the Christian king Peter of Castille. 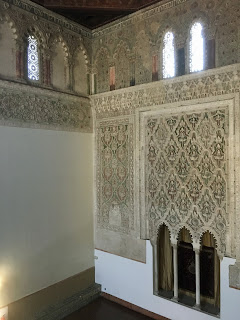 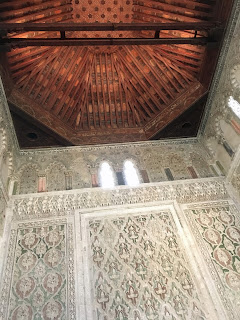 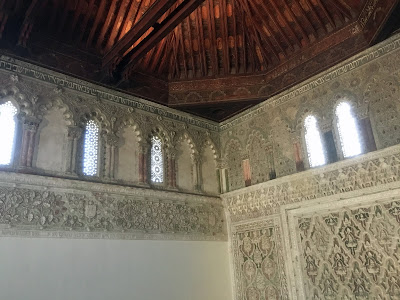 The synagogue's intricate artistry suggests comparison with the contemporary Moorish palace of the Alhambra in Granada. 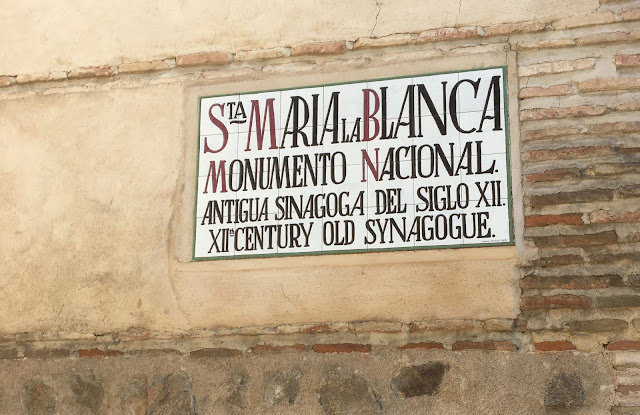 Incongruously the Jewish worship space thought to be the oldest synagogue building in Europe is now maintained by the Roman Catholic Church as "Saint Mary the White." (Yes, Catholic Spain also boasts black madonnas, black representations of the mother of Jesus, but not that we saw in Toledo.) 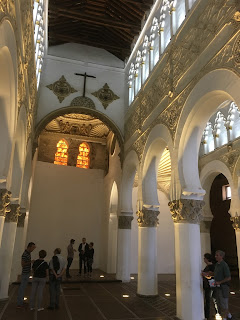 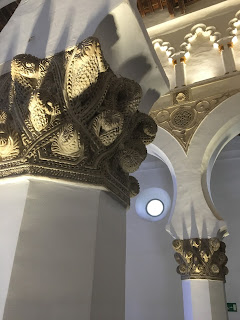 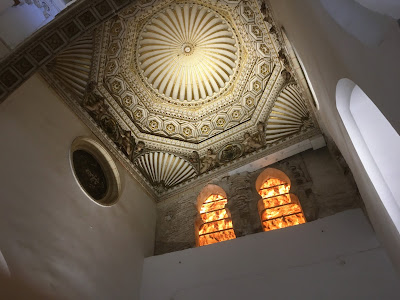 Far more than El Transito, despite the cross belatedly hung over the main open space, this building is infused with a feeling of its historic sacred use. The only religious edifice I've ever experienced to equal this holy feeling is the Ummayad Mosque in Damascus. 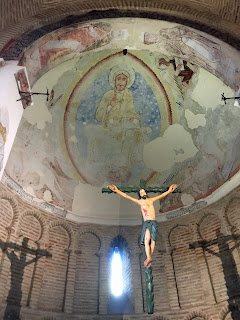 Far more incongruous is this interior from what is called the Mosque of Cristo de la Luz. The small square Islamic structure surrounded by fountains and a garden was built in 999. The Muslim city of old Toledo was conquered by King Alfonso VI in 1085 and the mosque converted into a Christian chapel in 1186.

Today Toledo throngs with gawking tourists staring at this religious melange. Do we hunger for a glimpse of religions co-existing? I certainly do.
Posted by janinsanfran at 5:00 AM