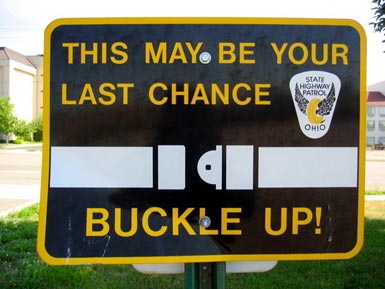 (Part 6 of a series of posts exploring Influence: The Psychology of Persuasion by Robert Cialdini. Part 1; Part 2;Part 3;Part 4;Part 5.)

When Cialdini names "scarcity" a weapon of influence, a compliance trigger, he is not talking about starvation. He is referring to the fact for most of us, most of the time, "opportunities seem more valuable to us when their availability is limited."

What is going on? As with the other weapons of influence, we're applying shortcut reasoning to avoid having to expend energy making choices:

...Because we know that the things that are difficult to possess are typically better than those that are easy to possess, we can often use an item's availability to help us quickly and correctly decide on its quality. ...

[Additionally,] as opportunities become less available, we lose freedoms; and we hate to lose the freedoms we already have....So, when increasing scarcity...interferes with our prior access to some item, we will react against the interference by wanting and trying to possess the item more than before.

The notion embedded in this that "freedom" equals the "opportunity to possess" certainly describes our capitalist culture of greed and maximized consumption of material goods. Cialdini insists he is describing a behavior pattern that governs our actions well beyond getting and spending.

He gives two interesting examples of how laws regulating people's behavior inspire scarcity-triggered responses. The city of Kennesaw, Georgia, passed an ordinance requiring residents to own a gun; local gun sales soared. But the buyers were not residents! They were out-of-towners attracted by the publicity about the law. Kennesaw citizens who had opposed the gun law remained quietly, but Cialdini says "massively," noncompliant. They weren't going to let some City Council make them own a gun.

Likewise, when Miami banned sale and possession of phosphate-based detergents, residents took to smuggling in supplies and hoarding. When their attitudes were surveyed and compared with those of people in Tampa where phosphate products were both readily available and legal, Miami residents also thought that phosphate containing products were gentler, more effective in cold water, better whiteners, more powerful on stains, and poured better.

I guess I now know why my Mother's generation was so insistent on the cocktail before dinner; they'd grown up under Prohibition.

A political consequence of the scarcity trigger is that people will react strongly against what they perceive as "censorship," if they perceive a denial of their freedom to hear all sides. The scarcity trigger encourages them to demand more of the "prohibited" speech. Intelligent design advocates peddle their creationist bilge as suppressed free speech. Holocaust deniers do the same.

Similarly, if the response to a political attack, however false or weak, can be framed as an effort to suppress speech, the attackers will be more than halfway to winning an audience. The Republican slime machine trades on this; think Swift-Boaters liars. We fiercely defend our right to be exposed to truth -- and lies.

Smart politicians and other manipulators work at not triggering the scarcity trigger. So the President defends his warrantless NSA wiretaps as only touching a few very "bad people" (by inference just Muslims) hoping the majority won't worry about his breaking the FISA law. Bush ran head on into the scarcity trigger when trying to privatize Social Security last year; people will fight tooth and nail for what they believe they already are entitled to.

Cialdini suggests that we can fight off the sellers of goods we don't want who invoke the scarcity trigger by learning to recognize our sensations when manipulated. When we feel an unfamiliar "arousal" as well as the desire for something we hadn't previously wanted, we should examine whether we are being had. How do we learn to recognize when politicians are similarly arousing our desire for freedom or security in order to use that desire against our better aspirations?
Posted by janinsanfran at 10:54 PM

Can I say "nice series" without you thinking I'm tickling your reciprocity trigger?