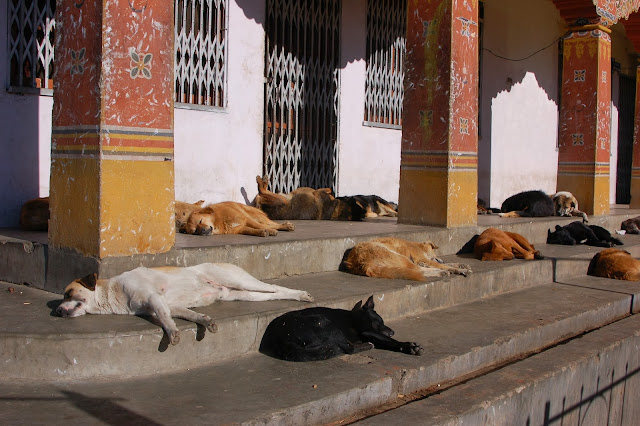 Few sights in Bhutan amazed me more than this one on market day in the town of Paro. 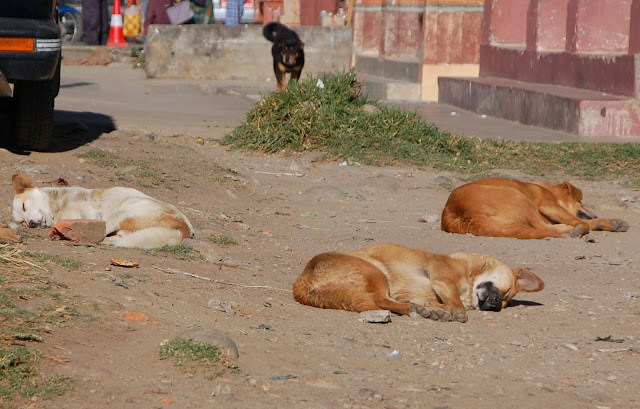 In Bhutan, dogs seem to plunk down wherever they wish and apparently doze contentedly. 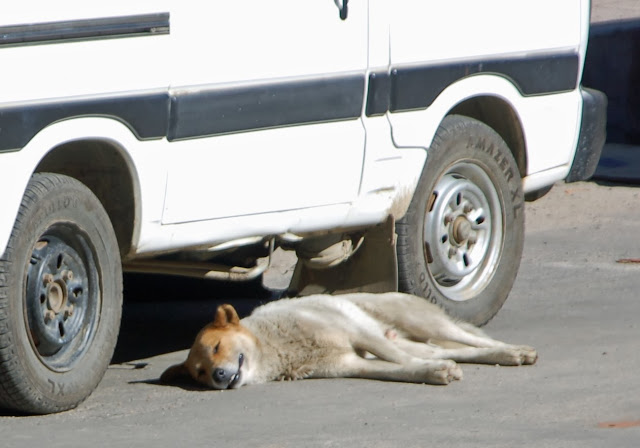 Fear seems no part of their experience.

In this, Bhutan is very different from other poor countries where I have visited. In ten days, I only saw a human hit a dog once, apparently because the striker thought the animal might be bothering foreign tourists who had less friendly attitudes toward a stray. The dogs seem well fed. In Thimphu, the capital and only large city, they do bark incessantly at night, but otherwise practice the same contented behavior as their rural cousins. (There appear to have been only a few breed ancestors to these Bhutanese mutts.)

This article suggests that the apparent health and well being of Bhutanese dogs is related to people's adaptation to their equivocal relationship to meat-eating. As devout Buddhists, Bhutanese are ostensibly mostly vegetarians, but in fact they do consume meat. Their dogs conveniently dispose of the associated offal. Or so the article claims. It also reports a humane effort to sterilize 4000 of Thimphu's dogs to reduce the evening cacophony.
Posted by janinsanfran at 5:00 AM

We saw roaming dogs everywhere in Peru. They were handsome and well fed looking and not aggressive at all.
I suspect they are useful as scavengers.

Why not cut the vocal chords of the dogs? They could be alive but just not bark.