Thoughts to ponder on Veteran's Day 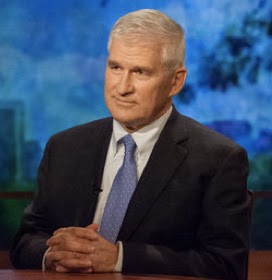 The historian and Vietnam veteran Andrew Bacevich offered some troubling reflections recently in an interview with Phil Donahue.

… [T]he Vietnam War [was a] war that divided the country, a war that in many respects shattered the United States military. And part of the response to that war was that the American people decided to jettison the longstanding tradition of the citizen soldier.

Richard Nixon endorsed that when he ended the draft and declared the creation of an all-volunteer force. And for some considerable period of time, this seemed like a smart move, a good thing for the country. It let citizens off the hook, also gave us highly capable and well-trained and well-disciplined soldiers. What only became evident after the Cold War ended, however was that this new professional army really was no longer America's army. It was Washington's army.

… And Washington began to do with that army whatever they wanted, regardless of whether the people had signed up to the enterprise. And this greater penchant for war I think really reached its zenith after 9/11 with President George W. Bush's decision to invade Iraq, as so many people have said, a country totally uninvolved in 9/11.

And this was the ultimately testing time for this great, professional army of ours. And I'm sorry to say it failed the test. We were supposed to win quickly, economically, easily. We didn't win. And instead, we ended up with a protracted war. Part of a series of post 9/11 wars where -- bringing us to where we are today where Syria may well be yet another one of these wars waged by Washington with its army while the people are left sitting on the sidelines.

PHIL DONAHUE: And making no real sacrifice – was it one percent of our citizens?

Are we comfortable enjoying the wealth and power of this country, relying the protection of this one percent army?

Does the wealth and power of the country rely on the power of the U.S. military? Or, perhaps, not so much as we are taught to assume?

I don't have answers, but I think it respects veterans to ask the questions.

This post was queued up before I left for Bhutan.
Posted by janinsanfran at 5:00 AM