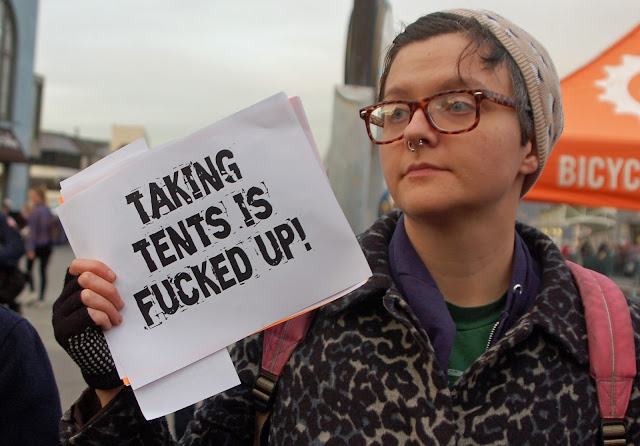 Like many San Franciscans, I'm disgusted with civic leaders who have given over downtown to the Super Bowl -- and furious that they have sent the San Francisco Police Department out to tear up tents used by homeless people and to push them out of sight of the tourists. 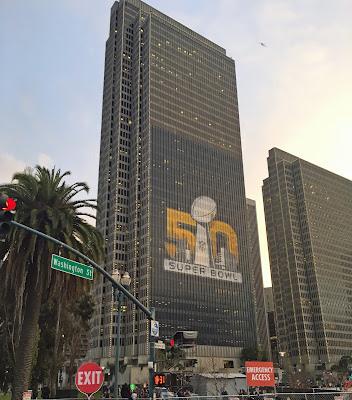 Our city is home to about 6500 people sleeping outside, according to last summer's count. 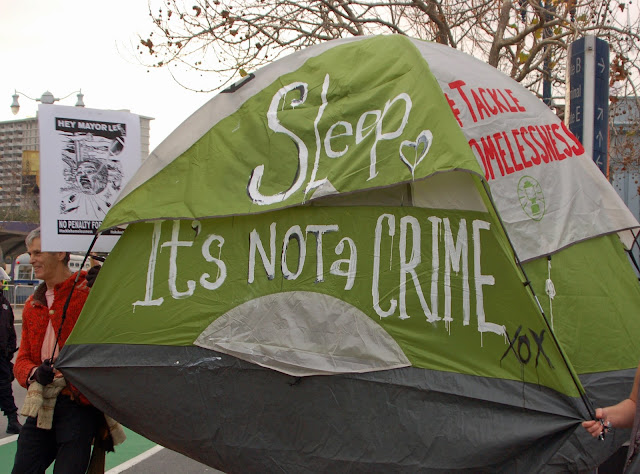 Yesterday, some of these people, and their friends, brought their tents to the perimeter of the downtown streets fenced off for Super Bowl promotional activities. The police warned the tents would be seized if set up on the ground, so they were held up in the air. 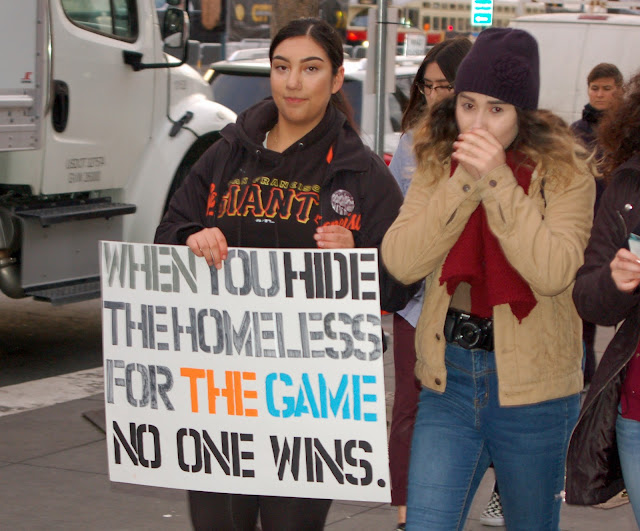 Homeless people have a lot of support here from Giants fans ... 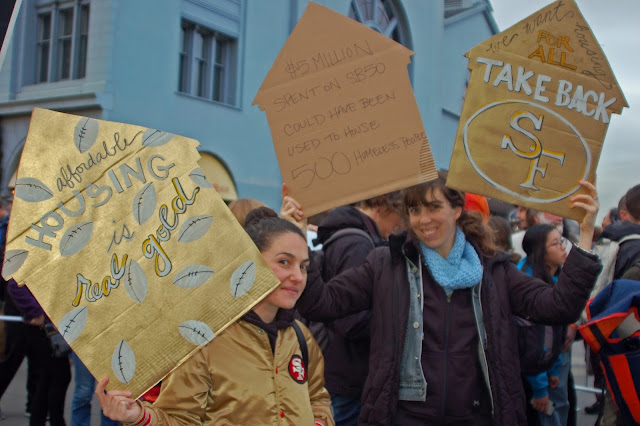 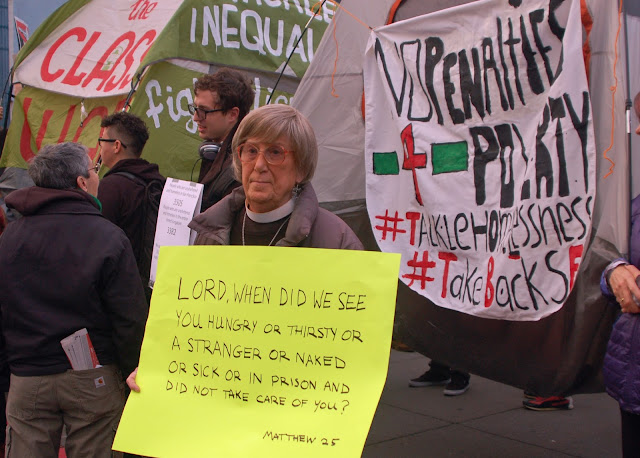 Among the crowd was Vicki Gray, a counselor with the San Francisco Night Ministry.
“This Super Bowl City is a moral disaster area,” she said. “Homeless people are human beings who deserve to have adequate social services and health services. We want affordable housing now.” 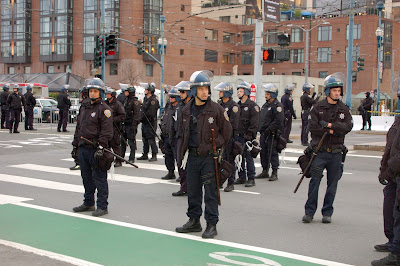 Lest the protest disturb business as usual (it didn't), the SFPD was out in force ... 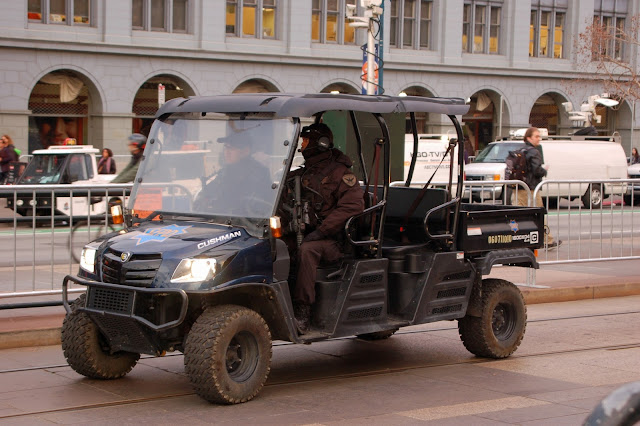 ... complete with their armored golf cart.

I love football, but I'll be mighty glad when this San Francisco giveaway to billionaires leaves town.
Posted by janinsanfran at 5:00 AM

Jan, this is frightening.