A story of persistence, grit, and finding her unique way 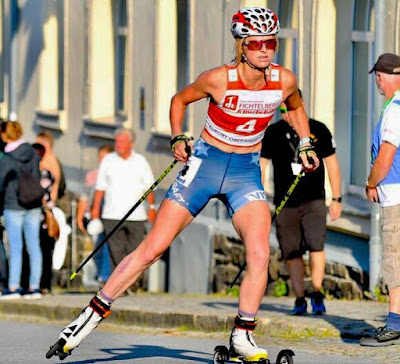 My friend Tara is beating back limiting assumptions about what women can do -- and the hard reality that financial support for women's winter sports is close to nonexistent. Two years ago, she was working on a produce farm and hawking T-shirts showing her exploits. It was the only way to follow her passion. Today she is on the top of her sport. Tom Kelly, writing in the Park City (Utah) Record, the site of the Olympic Training Center where they know their winter sports, tells her story:

This past weekend in Oberwiesenthal, Germany, a former mining town in Saxony near the Czech border, she put her stamp on her sport in the first ever elite-level international Nordic combined Summer Grand Prix. She won!

... It has been a long trail for Geraghty-Moats, now 25. At age nine, she started ski jumping. An injury knocked her out of the sport so she shifted to biathlon, even training in Sweden. Then she found ski jumping again, knocking out top-10 international finishes. Her passion swung back to the unusual combination of ski jumping and cross country skiing that is Nordic combined. The past season was rugged. Three elbow surgeries – the latest in March – held her back. But she persevered. In July, she came back to the U.S. Championships in Utah. This time there was a [Nordic combined] women's class. And she won her first title.

So, naturally, having won her U.S. title, she jumped to the big time, the International Ski Federation's Nordic Grand Prix tour in Europe -- and won there too. Tara is indeed now forging a path for women who jump and race on the skinny skis, a path only available to male athletes until now. There will be Continental Cups this winter and adding a women's World Cup event is in the works. One day the Olympics will get around to adding a women's Nordic combined competition, though most likely not in time for the 2022 games.

May I to prove I knew her when? 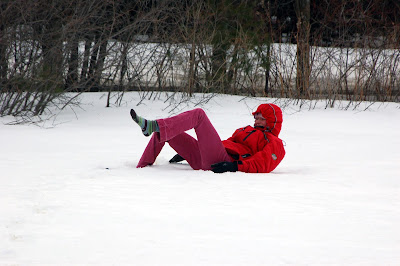 Posted by janinsanfran at 7:44 AM