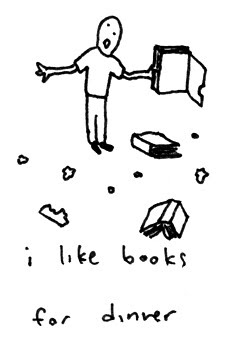 Chris over at Marching Orders passed me the "Book Meme" the other day, a sort of blog chain letter. Here are my answers. Possibly the most interesting part of this was finding folks to pass it on to.

1. You’re stuck inside Fahrenheit 451. Which book do you want to be?
A confession -- literate as I think I am, I never read Fahrenheit 451. Catch 22 either, for that matter. What kind of Boomer am I?

So I'll guess -- what book do I want to risk being burned to preserve? I think today I'd say Adrienne Rich's Your Native Land, Your Life for the poem North American Time which begins:

II
Everything we write
will be used against us
or against those we love.
These are the terms,
take them or leave them.
Poetry never stood a chance
of standing outside history.
One line typed twenty years ago
can be blazed on a wall in spraypaint
glorify art as detachment
or torture of those we
did not love but also
did not want to kill

2. Have you ever had a crush on a fictional character?
Hmm -- this could be embarrassing. No, not so much for who I have a crush on, but because I don't usually read much fiction.

How about this? Both Peter Wimsey and Harriet Vane in Gaudy Night, the most romantic book I know.

3. The last book you bought is?
A Spirit Loose in the World by Father Benedict Reid, OSB, the story of an abbot's sabbatical driving around the US in a camper van. I bought this as part of a fundraiser for my parish thinking I was doing a duty. Instead I was acquiring a pleasure and a small exposure to some wisdom.

4. What are you currently reading?
Besides the abbot, I have the usual pile of partially read books and magazines, on my side of the bed. Currently, besides various New Yorkers, Outsides, and Trail Runners, I'm reading George Lakoff, Thomas Frank, Dorothy Solle, and Arundhati Roy.

5. Five books you would take to a deserted island?
Guess that means what would I want to read over and over. I'm giving special credit for l-o-o-ng books. A few ideas:
The Space Trilogy by CS Lewis, even though I find the last volume, That Hideous Strength, homophobic.
Blanche Wiesen Cook's two volume biography of Eleanor Roosevelt 1884-1933 and 1933-1938
Odd as this may seem to many, The Bible. Despite the atrocities committed in the name of Scripture, that is one rich book.
And a short one, Prison Notes by Barbara Deming, an account of being jailed in Albany, Georgia for attempting an interracial march in 1964. A classic of non-violent literature by a seer whose lesbianism kept her from being recognized as the inspirational progressive leader she was.
And finally, just to remind me of how creative we really are: Sabotage in the American Workplace: Anecdotes of Dissatisfaction, Mischief and Revenge. The guy who worked in the mail room at the Heritage Foundation, throwing incoming checks in the garbage, is one of my heroes.

6. Who are you going to pass this (questionnaire) to and why?
Because all these people write/create interesting things and aren't on every blogroll in the sphere!