Demographic facts on the ground 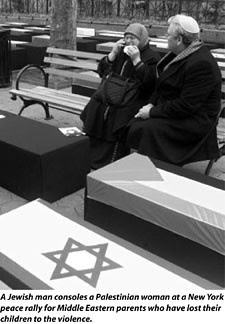 When populations change, previously dominant populations can find themselves under pressure to share power. They can respond gracefully to manage change or repressively to impede demographic realities from being mirrored in political power. Or both.

In California in the US, white voters spent the 1990s erecting barriers to the emerging majority of people of color with initiatives that aimed to exclude undocumented immigrants from social services and to end affirmative action for previously disadvantaged groups. Though all concede the state now has a majority of people of color, and Latino politicians are a growing fraction of state legislators, nativist fears still animate whites on many issues, such as requiring driver's licenses and insurance from undocumented drivers.

Where European colonial powers drew national boundaries for other people's countries, changes in the relative size of groups in the resulting populations have led to all kinds of tensions. The US is now riding out under its occupation the rising of numerically dominant Shi'a Iraqis against the British-favored Sunnis who ran the place after decolonization. French colonialists left Lebanon with a rigid confessional government structure based on a 1932 census that has nothing to do with present demographic reality. Lebanese fought a civil war from 1975-1990 over who was really in charge; observers watch fearfully to see whether today's Lebanese politicians can create a more genuinely representative structure after Syria leaves the country.

But the really scary place where demographic realities point to unavoidable change is Israel/Palestine. The U.S. State Department's Country Reports On Human Rights Practices, 2004, hidden among thousands of words, reports that the population of the Palestinian occupied territories and Israel proper for the first time shows a Palestinian majority.

No wonder Sharon wants to get out of Gaza; Israel needs to shed Palestinians as fast as possible if it is to continue to promote itself as a representative democracy. US media have not noted this development, but they are not known their probing coverage of Israeli/Palestinian realities.
Posted by janinsanfran at 6:28 PM