An appreciation of Ronni Bennett 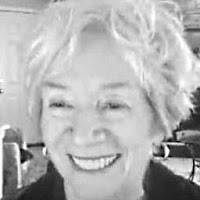 Ronni Bennett, who blogged insightfully and gracefully at TimeGoesBy, for the last 15 years, left us last Friday.
I think of Ronni as my "mentor in aging." Her blog's sub-title is "what it is really like to get old" -- and she didn't pull any punches.

She loathed most "experts" who wrote books on aging, especially ones who looked youngish to her. She had no tolerance for language that trivialized and erased the realities of age.

As I have explained here many times in the past, I made a deliberate decision when I began this blog a decade ago to never use old-age euphemisms - those cutesy-poo names like golden-ager, third-ager and oldster along with the offensive ones such as coot and biddy.

For similar reasons, I also avoid senior, senior citizen and mature because they are meant to hide the idea of old age.

Instead, my references would be straight forward – old and older, as grammar requires - and a push to reclaim elder beyond its too-limited usage for church and tribal persons of age.

As I regularly try to remind you, dear readers, there is nothing wrong with being old but you wouldn't know that from even some elders themselves ...

Ronni knew elders. She built a vibrant community among hundreds of aging readers who exchanged smart commentary and "living while aging" tips. We extended our own friendships across her network. Ronni had a gift for making friends, while remaining also a very private person. Some of us were lucky enough to have met her in real life; many felt they knew her -- and her cat Ollie, sadly deceased, and her ex-husband Alex, with whom she recorded conversations -- intimately.

Three years ago she received a diagnosis of pancreatic cancer, a condition that usually kills those it seizes upon in months, not years. She survived and recovered from major surgery and vowed to keep on with what made her feel whole:

What I realize now is that I like my little life just as it is. No bucket list. No great unfinished tasks to rush to complete. Just to continue what I have been doing these past few years:

• Keep up this blog for as long as I can or want (my work)
• Spend time with the people who mean the most to me (my pleasure)
• And, do what I have always done when new and interesting things turn up in my life: find out what others know about them, observe and learn (my satisfaction)

In this case, what most engages me for the moment is the question of what living is like when you know you will soon die.

And so she shared what she was learning from being now a person who knew she was dying -- insights few of us can bear until death comes close. Despite her increasing disabilities, she kept her will to live for a long time. This September, she chronicled her own changes:

I gave up making my bed a few months ago and as of this week, I have hired a cleaning service because it is no longer a matter of taking three rest periods to change the bed; it's that I cannot do it at all. Nor can I push the vacuum cleaner anymore.

Taking out the trash is hard too. It's amazing how heavy those under-the-counter kitchen bags can get so I've taught myself to fill them only halfway before taking them out. Now I have taken to putting them in the car, which is closer to my apartment, and drive the 100 feet to the trash and recycling bins. ...

Another thing I didn't know in my mid-years is how strongly life insists on coursing through a body even as damaged as mine is now. A night's sleep (when I can get it) coupled with coffee and the nebulizer puts things right for a few hours and once again, I cannot imagine not being here.

And there were unexpected pleasures in what this fiercely independent woman discovered as her strength declined:

How acutely sensitive I have grown over the past two-and-a-half years to the splendor of our home in the cosmos, our big blue marble of a planet.

The perfection of every flower. Of every animal. Of the sun. The rain. The wind. All know exactly who and what they are and I weep with joy at the magnificence of their life, along with despair for their future.

She was a completely secular, resolutely practical, person -- not in her own words "about to go woo-woo" even while facing death.

When she took advantage of Oregon's death with dignity law to obtain drugs that would end her suffering if she wished, she shared a photo of the bottles -- and a lament that their cost might be too much for poorer sufferers who also wished for them.

She was a deliciously funny observer of human foibles. Her second to last post was a hilarious exploration of what it is really like to have to acquire adult diapers.

She despised Donald Trump and all his works. An Oregonian, she voted safely and securely by mail last month. She'd long known her time was short. Last June she gave us our directions for this terrible, momentous election:

Do me a favor, please. If I'm not here on 3 November, have a celebratory drink for me. Or a bit of cry if that is what is called for instead.

This I will do.

Ronni knew when enough was enough. I will miss her terribly.

Posted by janinsanfran at 5:53 AM

Email ThisBlogThis!Share to TwitterShare to FacebookShare to Pinterest
Labels: aging, gone but not forgotten

Thanks for a fitting tribute to our friend. Those of us who knew Ronni, in whatever degree, will think of her when the election results become known - whenever that may be.

BTW: In the midst of our joint grief, your auto-complete function gave me a bit of a giggle, "...and her cat Ollie, sadly diseased...."

Cop Car: typo corrected. Many thanks. Fifteen years at this, and I'm still a poor proof-reader.

Beautifully done. I'm just sixty, and starting to think of mortality, but appreciate what you wrote about her. I'm so sorry for your loss.
I appreciate the range of your writing, and look forward to stopping by blog every day. Thank you.

Thanks you. When I watch the election count our friend Ronni will be in my heart.

Thank you. This is a beautiful and sensitive tribute to our Ronni. We knew this was coming, but it’s still so hard when it comes. I am bereft.

I will miss her terribly..been following her for years...I wish she could have hung on for one more week to see what happens to our country. I hope it will have have made her happy and at peace.

I can't even remember when I started reading her. I admire her frankness. I will follow Autumn in her memory.