A case of ICE abuse? 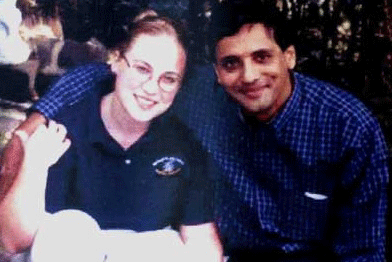 This story poses a question to President Obama and Secretary of "Homeland Security" Napolitano. Will you look backward and investigate, and look forward and make amends, in response to outrages perpetrated by the Bush-era U.S. Immigration and Customs Enforcement (ICE)?

If what this guy reports about how he was treated is true, heads should roll. Given what we know about how the ICE operates (see for example Postville), I have no reason to think the story is false.

The following account is from the Pakistani English language newspaper Dawn :

Hasan says that on January 7, 2006, two men from Immigration and Customs Enforcement (ICE), a subdivision of the DHS, arrested him and took him to Fayetteville, Arkansas. 'I was told that I was a criminal, a fugitive and a terrorist. I kept telling them that I had done nothing wrong, but they wouldn’t listen,' he remembers.

'I was put in a cell and told to strip. While I was undressing, the taser came out. The agent kept zapping me until I passed out. When I woke up, I was lying on the floor naked and wet. He then started hitting and zapping me.'

Pulling his shirt up, Hasan reveals torture marks that remain visible after four years. His front teeth are missing due to heavy beating and he informs that his left hand remains numb. 'They kept asking me, what do you know about the 9/11 attackers? Who do you know in Al Qaeda? How much money did you send to the terrorists? What are your plans for bombing the nuclear plants in the US?'

Hasan also recalls being chastised for marrying a white woman and being told by a federal agent that he would ‘make a career’ on Hasan’s case. 'I kept pleading with them that you’ve got the wrong guy, but they never stopped,' he adds.

According to Hasan, he was moved between several detention centres in the US, including one in Memphis, Tennessee, and another in Texas. 'I couldn't bear the torture. I wanted to be deported and started writing letters to the ICE asking for it. Then a month later, an ICE deportation officer appeared and said I could be sent to Pakistan only after I sign three pieces of blank paper. Otherwise, I was threatened that I would languish in cells forever and be sent to [the detention facility at Guantanamo Bay].' It was at this point that Hasan opted for deportation and was flown out to Pakistan.

According to Hasan, prior to being picked up by ICE, he had been a legal resident of the U.S since the 1980s, had earned two degrees and held a good job. He is married to a U.S. citizen who has joined him in Pakistan with their two children. The family desperately hopes to return to the United State, feeling completely unmoored and unsafe in Islamabad. Hasan still thinks the US is "a great country. Americans are the best people ..."

Two video interviews with the couple recorded this year (available here and here) give more details about this ugly situation. The US born wife's father apparently was violently hostile to their marriage and may have used immigration authorities to get rid of his son-in-law. The immigration agents were both abysmally ignorant about "terrorists" and evidently felt free to abuse any South Asian, especially one who had married a white woman.

Under the Bush administration, the couple didn't think there was any point in telling their story. It remains to be seen whether there is any point now.
Posted by janinsanfran at 12:05 AM

This is shocking, but I don't know why it should be given the excesses of the Bush years. Look under this rock and you will find the snarling face of Dick Cheney.

I do have hope that Obama will right all the wrongs of the Bush years. He has made a good start, but needs to focus on getting his agenda passed before time runs out.