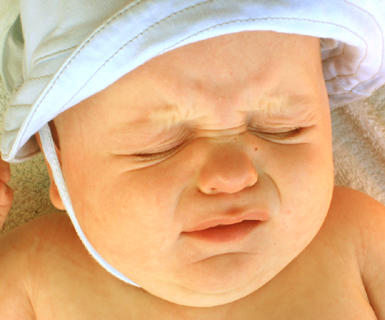 According to the August 15, 2005 Guardian our Security Theater bureaucrats have bravely carried their performance into a new arena.

WASHINGTON (AP) - Infants have been stopped from boarding planes at airports throughout the U.S. because their names are the same as or similar to those of possible terrorists on the government's "no-fly list.''

It sounds like a joke, but it's not funny to parents who miss flights while scrambling to have babies' passports and other documents faxed.

Ingrid Sanden's 1-year-old daughter was stopped in Phoenix before boarding a flight home to Washington at Thanksgiving.

What are the TSA gnomes thinking? Looking for suicide bombers in diapers?

There is nothing about the "no fly list" that plausibly is making us safer. Some recent adult "no fly" episodes that have trickled into the media: None of this is making any of us safer. Fenton Johnson, the author of Keeping Faith: A Skeptic's Journey, spoke for many of us when he described his reactions to finding himself on the list in the LA Times:

Why am I on the TSA list? Because I have a common first and last name? Because I snapped at a security screener who confiscated my nail clippers? Because I write critically of the administration? Because I vote Democratic?

Once I would have thought these questions paranoid — then I found myself on the list. If it's a mistake, why not remove my name, thereby making the list more efficient and effective? If a law enforcement agency somewhere thinks I'm dangerous, shouldn't it question me, let me clear myself? Don't bother asking these questions, because "national security" answers all questions and justifies all actions, including wars abroad and civil rights restrictions at home.

I believe in the possibility of a terrorist attack on U.S. soil, but I think there's a better chance that hackers will penetrate the TSA's computers or that a TSA employee will sell access to confidential records. I am even more concerned that a chaotic bureaucracy — which has had four directors in three years — is ripe for manipulation by snoops, politicians, data thieves and even law enforcement agencies eager to know more and control more about us.

Everyone cited in this post is white, a US citizen, and relatively entitled (at least.) We can only imagine what the knowledge of being constantly inspected and listed does to the lives of Muslim, Arab, and Asian people in the US who have done nothing that could rationally warrant suspicion.

Futile as it sometimes seems, we must continue to resist a power hungry Administration's drive to enmesh us all in a culture of fear.
Posted by janinsanfran at 11:13 PM

Last night, while flying home from Washington DC with my husband and kids, I found out that I, too, am on some mysterious list that tags me for special inspections. I'm beyond furious. Finding your blog was my first stop in investigating this. Good luck to you.