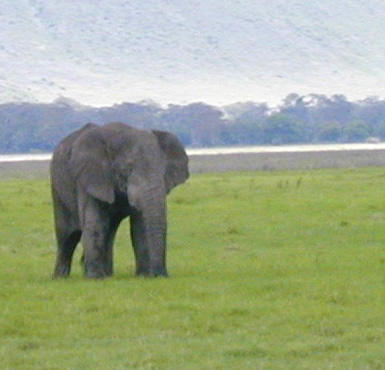 The central theme of Don't think of an elephant is that we all understand the world in "frames." That is, we hold underlying values and assumptions about the world that are implicit in how we talk about everything. The language we choose carries those assumptions without our necessarily being conscious of the implications embedded in how we speak. Using its think tanks, marketing research, and ownership of the media, the Right has consciously managed to frame most public conversations within its preferred values. So we have lots of people who should know better talking about the "death tax," "racial preferences," and "the war on terror."

Lakoff contends that if progressives are to recapture power, they too have to learn to use frames to win public acceptance (or at least acquiescence.) By failing to appeal to the implicit structures of our belief systems, progressives have ceded the field to conservatives. He urges progressives to learn that: "Framing is about getting the language that fits your worldview."

I've got some quarrels with the descriptions that Lakoff lays out of the conservative and liberal value systems that I'll take up in a later post. But many of the practical ideas he derives from the concept of framing seem incredibly valuable to anyone doing what old time leftists like myself used to call "propaganda," what political junkies now call "spin," and what just about anyone might call argumentation. For example:

When you think you just lack words, what you really lack are ideas. Ideas come in the form of frames. When the frames are there, the words come readily.

I find this a very useful notion to keep in mind when I watch Democratic Party politicians flailing around for answers on issues such as racial profiling or the Iraq war. They either lack or are afraid to utter any unconventional ideas on these fraught subjects.

The last chapter of this little book is a very practical, helpful set of suggestions: "How to Respond to Conservatives." A few: He ends with this:

Show respect.
Respond by reframing.
Think and talk at the level of values.
Say what you believe.

Or, as I've learned through long experience in persuasive activism: know what you believe and have enough courage to talk with others who disagree; you'll clarify your own thinking and probably deepen your understanding of the values that underlie your position.
Posted by janinsanfran at 3:21 PM