If you drive south on Geneva, turn right on Cayuga and follow the street to where it intersects with Naglee, you'll come to Cayuga Playground. 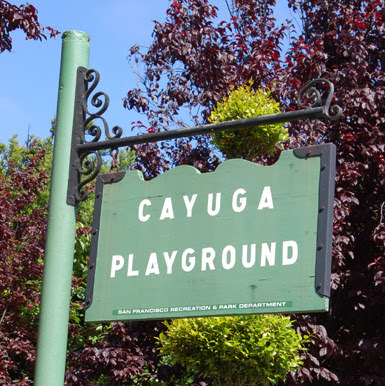 Never heard of those streets? That's not unusual for residents of San Francisco's core. This is a part of our city I wouldn't know if I hadn't been responsible for precinct walks in the far Outer Mission/Excelsior during several elections. The area presents unusual problems when you are getting out the vote: regardless of what race/ethnicity or language group the door knockers come from, they won't be a match at the majority of doors. If one household is Filipino Tagalog speakers, the next may be African American and the next Caucasian with an Italian lilt. It is a fascinating area.

And it hides one of San Francisco's most unlikely mini-parks. 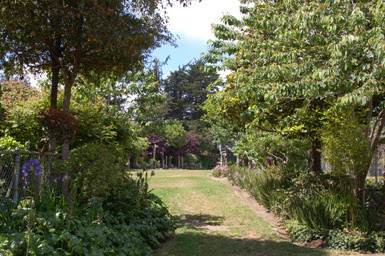 The entrance seems ordinary enough, though beautifully groomed -- but soon you are in a land of the bizarre delights. As the BART trains scream by overhead, you notice strange figures among the greenery. 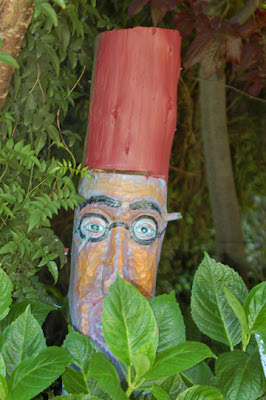 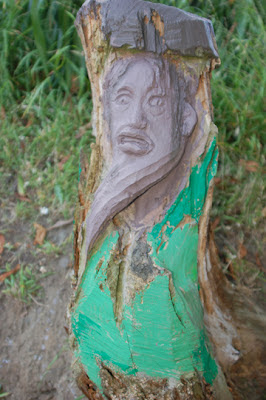 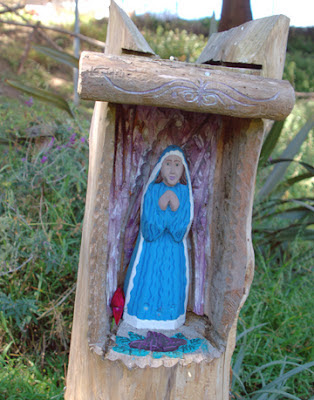 Intricate paths lead around the perimeter of a ball field. 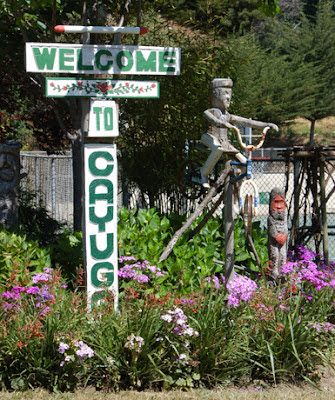 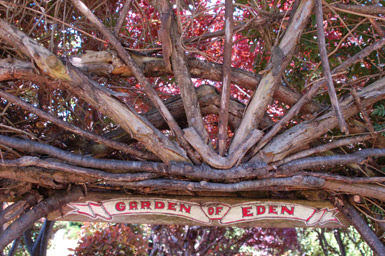 Along the paths all sorts of critters lurk. 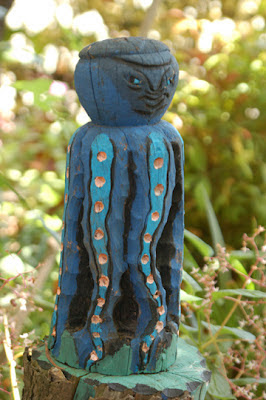 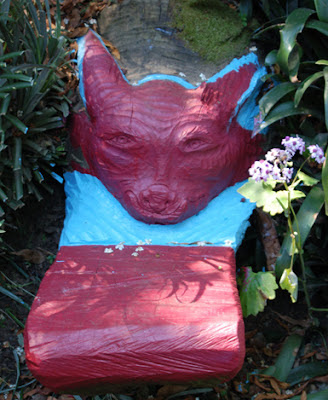 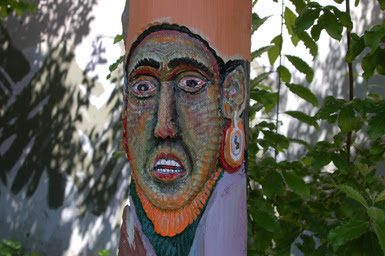 As well as various quasi-Biblical or perhaps Native American figures. 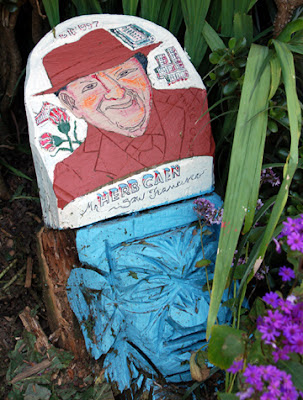 ...and some San Francisco originals. 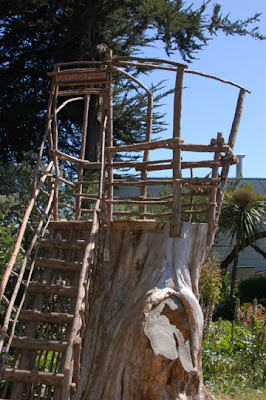 The park's artist has provided a look-out platform. 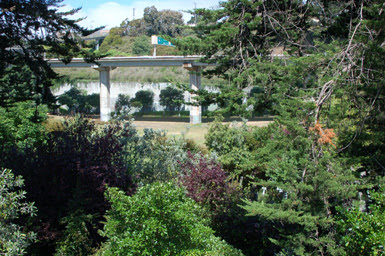 Here's the view. Better to stay inside the park. 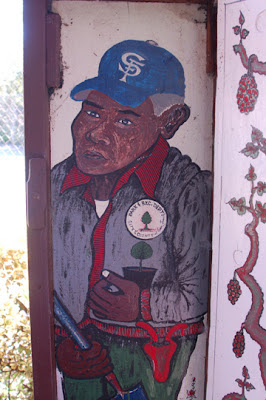 Fortunately City Gardener Demetrio Braceros has provided a self portrait. He's been creating this magic world since 1986. See it before some bureaucrat decides it menaces the good order of our city. There are literally hundreds more of his creations than I've pictured here. The park is an idiosyncratic treasure.
Posted by janinsanfran at 5:07 PM

What wonderful images! Thank you.

It looks to be a pleasant place. The images are charming. I love the gardener's self-portrait.

Magical. I am sharing the links with our Riverside, CA Parks director who does a wonderful job in our parks, but who may be inspired to make magic in our parks via collabrations with local groups like the Chip Chuckers wood carvers group, or other artists or creative folks here in River City