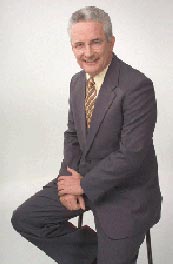 Some people say stuff so wacko it is hard to figure out how to start thinking about it. Take this gem from an advocate of allowing medical personnel to refuse treatments on religious grounds:

"This goes to the core of what it means to be an American," said David Stevens, executive director of the Christian Medical & Dental Associations. "Conscience is the most sacred of all property. Doctors, dentists, nurses and other health care workers should not be forced to violate their consciences."

Let's see: our deepest values are "property." And having "our property" is "the core of what it means to be an American."

Maybe he is right. Can I buy some conscience at Walmart? Oh, perhaps not...

Well, at least he didn't say having property goes to the core of being a Christian. Jesus wouldn't have recognized that.
. . .
Dr. Stevens doesn't seem to be a dentist. They have been notorious for this stuff. As recently as 1999, Dr. Gillian McCarthy reported that 16 percent of dental practices in Ontario, Canada refused to treat persons with HIV. The refusal was not just because of fears of infection but because "Many of the unwilling dentists said they did not feel they had an ethical responsibility to treat HIV patients." In the U.S. this would be treated as a form of discrimination against persons with disabilities -- at least until the likes of Judge Alito get through remaking the law.

The legal effort Dr. Stevens is fronting for is very broad:

About half of the proposals would shield pharmacists who refuse to fill prescriptions for birth control and "morning-after" pills because they believe the drugs cause abortions. But many are far broader measures that would shelter a doctor, nurse, aide, technician or other employee who objects to any therapy. That might include in-vitro fertilization, physician-assisted suicide, embryonic stem cells and perhaps even providing treatment to gays and lesbians.

Can this happen here? Only if we let it.
Posted by janinsanfran at 11:52 AM

Email ThisBlogThis!Share to TwitterShare to FacebookShare to Pinterest
Labels: religion

I believe it already is happening here. Didn't Michigan pass such a law last year?