Weapons of Influence: Consistency and Commitment 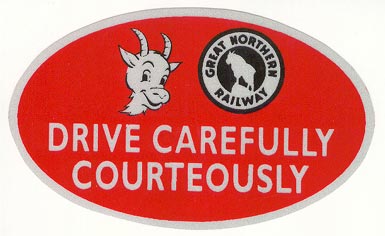 (Part 3 of a series of posts exploring Influence: The Psychology of Persuasion by Robert Cialdini. Part 1; Part 2.)

Professor Cialdini calls these compliance triggers "the hobgoblins of the mind." They are powerful motivators.

We all fool ourselves from time to time in order to keep our thoughts and beliefs consistent with what we have already done or decided. ... In most circumstances, consistency is valued and adaptive. ...The person whose beliefs, words, and deeds don't match may be seen as indecisive, confused, two-faced, or even mentally ill. On the other side, a high degree of consistency is normally associated with personal and intellectual strength.

It's pretty easy to figure out which side of that dichotomy we want to put ourselves on.

But automatic consistency can be a trap. Once we've adopted an opinion, we'll come up with reasons to stay with it rather than risk painful re-evaluation. To take the obvious example, liberals marvel at the loyalty of Bush supporters as their guy blunders from failure to criminality. But how many of us, when John Kerry's nomination became a fact, struggled to believe that he was not just some boring establishment stiff?

As anyone who has ever mobilized people for action knows, the consistency trigger begins to work after people make an initial commitment. Cialdini reports some ingenious experiments that support this. I particularly enjoyed the story of the folks living in an affluent neighborhood who were set up by an enterprising researcher. He sent students door to door, asking that they put up a 3"x3" sticker that read "Be a safe driver." Most did.

Three weeks later he sent back another student with a different ask -- would they place a large public service billboard on their lawns? "To get an idea of just how the sign would look, they were shown a photograph depicting an attractive house, the view of which was almost completely obscured by a very large, poorly lettered sign reading DRIVE CAREFULLY." Fully 76 percent of those who had put up the sticker agreed to have the thing on their lawns! Putting up the sticker had implanted the idea of themselves as people who were active campaigners for public good and they now eagerly complied to preserve that self image.

Cialdini is frightened by the power that the weapons of consistency and commitment can exercise.

It scares me enough that I am rarely willing to sign a petition anymore, even for a position I support. Such an action has the potential to influence not only my future behavior, but also my self-image in ways I may not want. And once a person's self-image is altered, all sorts of subtle advantages become available to someone who wants to exploit that new image.

I think this insight somewhat dates this book; since the 1960s when this behavioral research was done, many of us have become much more reluctant to make the small commitment that can trap us into a larger one. One obvious example is that many less of us will respond to pollsters at all. We fear, with some reason, that we are just being pushed. (Interestingly, Cialdini reports research that showed that just getting a statement from interviewees that they would cast a ballot measurably raised the likelihood they would subsequently vote.) Armed with our gut sense we might be being suckered, it is no wonder, as Robert Putnam showed in Bowling Alone, we have become less willing to engage in civic activity.

What about the "flake factor"?
As a person who has organized electoral field operations (voter identification and turn out) for years, I have seen the consistency and commitment triggers both succeed and fail.

I've seen a few campaigns where minimal outreach attracted huge numbers of willing, mostly reliable volunteer workers: Clinton in 1992; the campaign against California Prop. 187 in 1994; Ammiano for Mayor in 1999; Kerry against Bush in 2004. In these instances, even the administrative inefficiency and downright incompetent management that usually characterizes political campaigns didn't drive them away.

On the other hand, I've seen campaigns that had close to a 100 percent "flake factor"; nobody who said they would volunteer ever showed up. The first campaign to pass domestic partner rights in San Francisco in 1989 was like that. It was not that people didn't commit to volunteering; we'd phone all week and have long lists of committed volunteers on Friday, but no one would show for weekend precinct walks. This seems to completely contradict Cialdini's research.

I think what was going on is that there is a "political class" of persons whose self image is that they do political work, so they are easy to sign up for campaigns. They are the regulars. From the organizers' point of view, the trouble is they know they are the regulars and so they rather easily can be distracted from actually working. Even if they don't show, their self image is not tarnished by flaking. This is especially so if they don't feel personally attached to the candidate or campaign. (This was profoundly the case with the 1989 domestic partnership fight; most of the gay community was not sold on the concept.)

On the other hand, people who are not campaign regulars do change themselves when they make a commitment to political work. And so, unless we abuse them and burn them out, the consistency trigger does its work on them with great power.
Posted by janinsanfran at 11:27 AM

What you say about the political regulars rings very true...We have the 'usual suspects' in my town - and i'm sure I feel just as part of the usual suspects whether I do or don't turn out for any particular actions...