Big Brother and all that 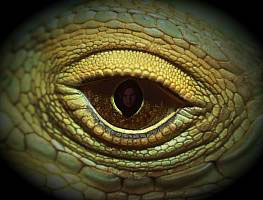 So the National Security Agency is collecting all our phone records -- and has been for years. This is, of course, yet another instance of a casual, probably illegal, violation of our expectation of personal privacy by our current rulers. The Bushies are authoritarian megalomaniacs bent on undermining any constraints of law. Our Constitutional framework may not survive the present lot.

But that is not what I want to look at. What I want to focus on is that the technical means now exist to know just about everything about all of us. If we use any of the everyday conveniences of modern life, we leave trails -- on the phones, on the internet, from the transponders that pay bridge tolls, with our credit card and debit card purchases, even at the supermarket with our "club" cards. Our lives are totally open books; most of this data is for sale to corporations that want to sell us things. And with enough computing power, certainly available to governments and probably to the largest corporations, there is very little about our lived lives that can't be known based on the electronic trails we create.

As I've explored before,what's new is simply the amount of personal information that can reasonably be collected and digested. Our past expectations of privacy, of anonymity, depended on the inability of anyone to know so much about us. Now we give away vast amounts of data to interested parties everyday.

Most of us know this, intuitively. William Gibson, the dystopian author best known for the novel Neuromancer, had some interesting observations on some reactions to news of the NSA spying:

I've been watching with keen interest since the first NSA scandal: I've noticed on the Internet that there aren't many people really shocked by this. Our popular culture, our dirt-ball street culture teaches us from childhood that the CIA is listening to *all* of our telephone calls and reading *all* of our email anyway.

I keep seeing that in the lower discourse of the Internet, people saying, "Oh, they're doing it anyway." In some way our culture believes that, and it's a real problem, because evidently they haven't been doing it anyway, and now that they've started, we really need to pay attention and muster some kind of viable political response. ...

In the very long view, this will turn out to be about how we deal with the technological situation we find ourselves in now. We've gotten somewhere we've never been before.

Exactly. The problem of privacy, of any meaningful freedom for individuals, in an environment of technical transparency is entirely a problem of political creativity. As attorney Kevin Bankston of the Electronic Frontier Foundation explained to the LA Times:

"There is simply no legal process for this kind of wholesale invasion of privacy. What they claim to be doing with the data is irrelevant because the fact is they could do whatever they choose without any oversight."

Our Bill of Rights and our system of laws assumed that Big Brother's reach would have practical limits. That is no longer true.

Today we are challenged to develop new restraints on governments to meet the new conditions. The enormity of the task is only slightly reduced by appreciating that overthrowing of the divine right of kings probably seemed only marginally less daunting in the mid-1700s. We might pull it off; the species has before, at some times and in some places. The cost of constraining monarchs has never been small; the project is not likely to be quick or easy this time either.
Posted by janinsanfran at 9:35 PM

I think the "average" American would be astonished to know what little about him/her is not available. Most believe the "privacy" statements they buy into mean their info is private. Hahaha. Fools!

What we need, however, is to be able to watch the watchers. That's the only way it's going to work at all responsibly. At least, that's what my friend Kimo who knows about these things has said.