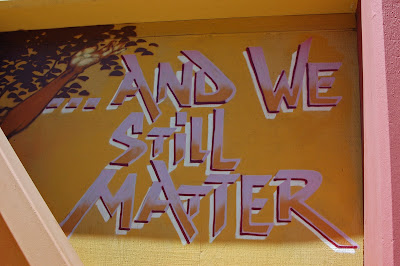 Jamelle Bouie has been talking with voters of color in that contested battleground:

“I think people are nervous about the direction we’re heading in with so many minority groups rising up, taking on corporate positions, political positions,” said Constance Martinez, an auditor who lives in the area. “They think America is going to be snatched from underneath them.”

... The popular narrative of this election is that it represents a rising nationalist tide in American politics. And that’s true, although this nationalism is shaped and defined by white identity and white racism. But there’s another side to that story, revealed in conversations with voters of color. For them, this election is one where they assert their place in the United States—where they say that this is their country too.

“They aren’t losing anything,” said Martinez of Trump voters. “They are gaining so much more. As a united people we are so much more than we are divided. I hope this election shows them that they have nothing to fear. That we are one country and we are moving toward one people.”

On Tuesday this thing will be over, praise be! For the next few days I'll be putting up collected oddments that have caught my eye which will soon be just history.
Posted by janinsanfran at 7:00 AM