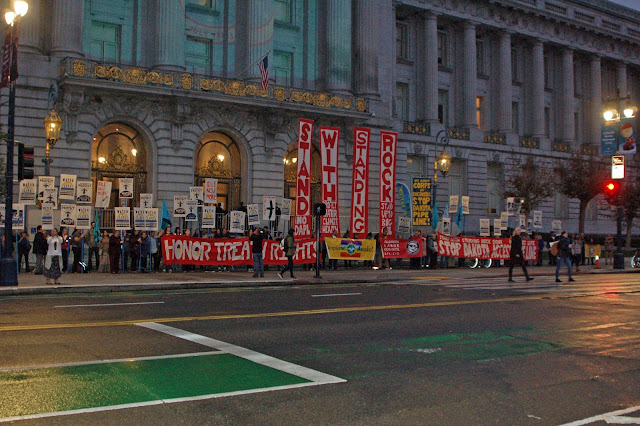 Supporters of the protest against the oil pipeline (Dakota Access' deadly boondoogle) at Standing Rock gathered this morning before dawn in front of City Hall. 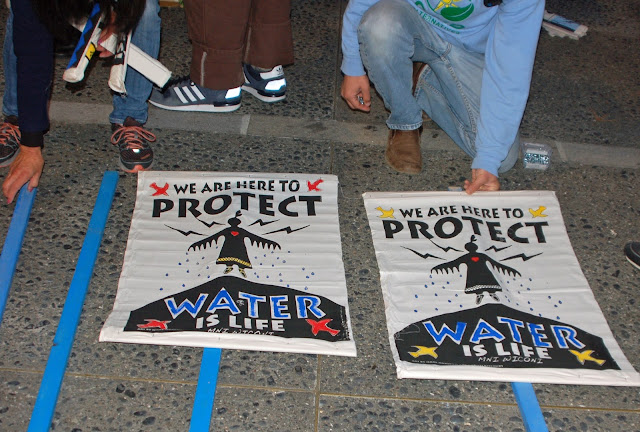 Running an oil pipeline under a reservoir is self-evident folly that only could have been dreamed up by corporate leaders whose time horizon is no longer than their next bonus. Running it through sacred Native American lands is par for the course. We do that. Leaving the oil in the ground and finding alternatives to carbon-polluting energy sources is the only hope for human flourishing on the planet. Nothing big at stake here ... 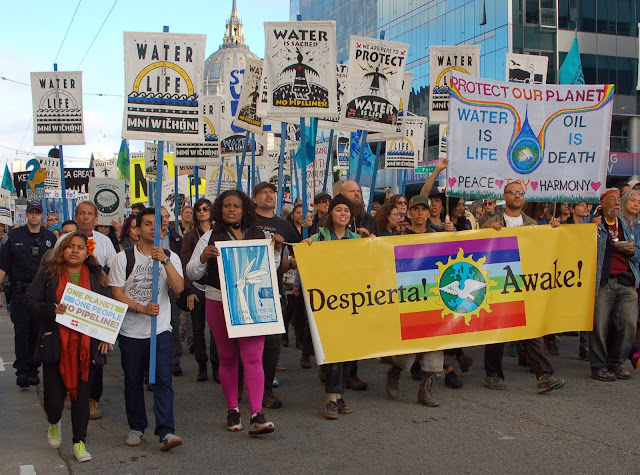 After prayer ceremonies (unfortunately largely inaudible and invisible) hundreds marched to the offices in Market of the Army Corps of Engineers which can approve further construction. 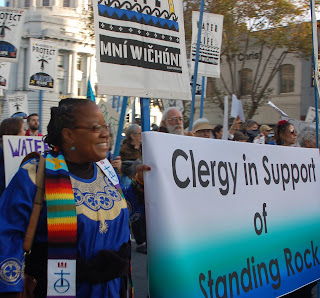 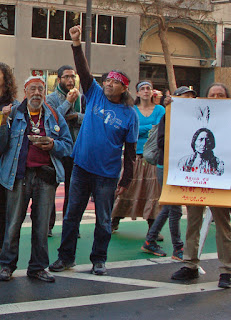 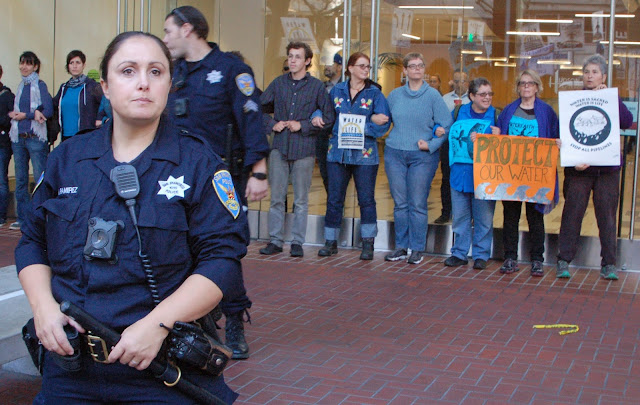 People willing to be arrested blocked office building doors under guard from some of the SFPD's most suitably racially diverse representatives.

Actions are continuing all day in the Civic Center area. Over fifty cities held protests of DAPL today.

The Army Corps of Engineers announced yesterday that it was withholding final approval of the pipeline for further analysis.
Posted by janinsanfran at 1:11 PM