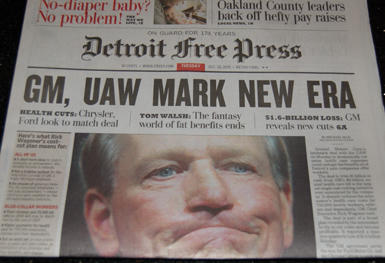 On October 17, the United Auto Workers Union agreed to give in the General Motors' claim that it would go bankrupt if it kept on paying for all the health care it had promised its workers. Business reporters are crowing over the deal. Here's a sample from the union busting Detroit Free Press:

The fallout from Monday's deal will be felt by every Michigan schoolteacher, municipal worker or other employee whose wage-and-benefit package was modeled on the auto industry contracts of yesteryear. Say goodbye to the paternalistic employer that promised cradle-to-grave security.

Some predict that getting the rank and file to go along will be a tough sell for the UAW leadership:

"Why pick on a retired person with a fixed income?" asks David Shaw, 58, who worked in hourly and salaried jobs during 31 years at GM's Baltimore truck and bus plant. Shaw says, "GM has done a poor job in their management ... and because of their failure to do well in the market, they're claiming our costs are hurting them."

Still most expect the giveback agreement to pass when the union votes; workers fear that GM is really sinking and will sacrifice to keep their jobs.

The same day I had the privilege of attending a meeting in Dearborn, MI, put on by the Coalition for Health Care NOW! CHCNOW! promotes "a universal, single payer health care system with leadership from the labor movement in coalition with community organizations." They are close to Rep. John Conyers, advocating for his U.S. Health Insurance Act, H.R. 676. (Conyers was scheduled to speak but bowed out at the last minute to be in DC.) Speaker after speaker hammered away against for-profit, commoditized health care and for a system that keeps "Everybody in; nobody out." Years of analysis, strategizing, organizing and devotion to prinicple reside in this coalition. And no one was kidding themselves that this fight would be easy; ironically, the meeting was held in a UAW hall.

Here are some pictures. 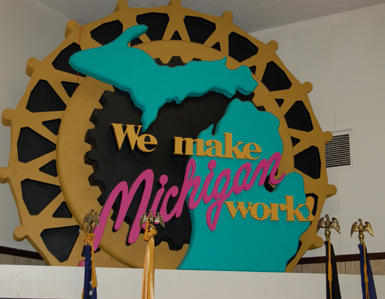 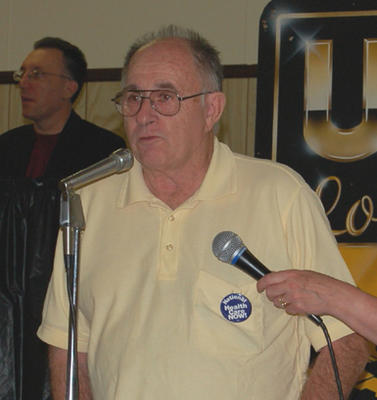 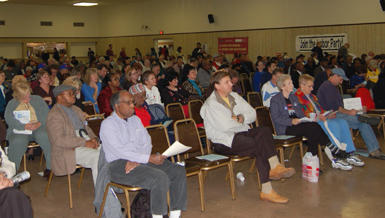 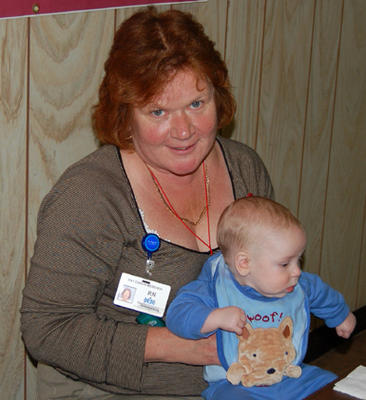 Not everyone was an old hand. 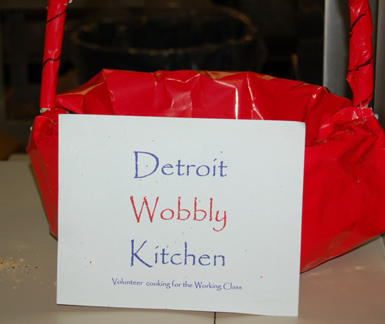 Sone folks were out of a different labor tradition; these good people fed us dinner. 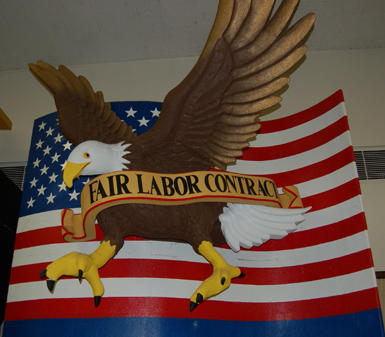 Posted by janinsanfran at 9:22 PM