Reflections on Republican thugs, past and present 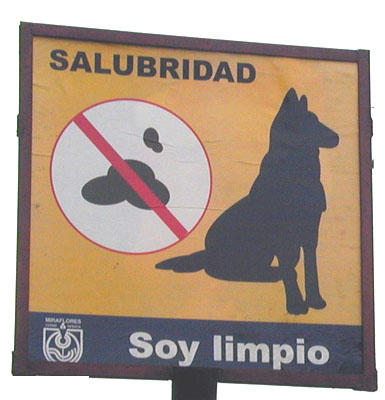 Once upon a time, I was young and earnest and a messenger who carried small packages and letters from office to office on foot in San Francisco's financial district. This material would now mostly go by email or fax, but in the early 1970s it moved with me.

I liked the job. It was easy. San Francisco was a new city to me and this work offered an opportunity to explore its alleys and cul-de-sacs. Some days I would ride in ornate 1920s elevators to leave envelopes under doors on corridors with marble floors. Occasionally I would get to deliver something to an organization whose work I supported; I particularly remember going to the "Save the Redwoods League." (There were more redwoods to save then.)

In those days we still had two real newspapers daily, the Chronicle in the morning and the Hearst-owned San Francisco Examiner in the afternoon. As I wandered around, I would read the headlines in newspaper boxes. The papers printed several editions a day -- sometimes the lead headline would change twice or more in an afternoon. And those headlines were the medium through which I took in the Watergate investigation that led, finally, to the resignation of President Nixon.

The particulars of the Administration's malfeasance seemed to me too complex to follow. I knew the U.S. war on Vietnam was wrong, an immoral, unjustified invasion of somebody else's country, and corrosive to our own country. I knew Nixon was a crook -- all mildly countercultural young people knew that. But the ins and outs of the Watergate, the legal issues, the actual (very bland) grounds for moving toward impeachment, were more than I could take in. Watergate came and went as a blur, though I never doubted that Nixon had led a cabal that had done something very wrong.

Several years later, I did read enough book length descriptions of the sequence of Watergate events to get a deeper picture of the unraveling of the Nixon presidency.

This past month many in the liberal blogosphere have been fixated on the Valerie Plame affair, following each twist and turn with bated breath. Emptywheel has been doing a brilliant job of this at The Next Hurrah, for example. The quality of concentrated work that folks churned out is amazing. I've tried to read it, but I keep recalling that young person I was during Watergate. This too is something about which I don't want to get too caught up in the play by play.

Whatever legalities the thuggish enforcers of Republican Party discipline have tripped over, what matters is that they acted to prop up lies promoting an unnecessary war that has killed many thousands of Iraqis and a few thousand of the disposable cannon fodder sent by the invaders. Perhaps the prosecutor will nail them for some legal faux pas. But in the end, what matters is that they are criminals, guilty of crimes against U.S. democracy, against the people of Iraq, and against the hopes of humanity.
Posted by janinsanfran at 8:17 PM

Thanks for blogging... good thought you have... johnc

mainly on what the political left (whatever that is) can may be do ..

It is easy to highlight the negative and may service a purpose in framing a discussion and not keeping a secret....

HOWEVER one notion in modern sales tactics is the notion of pain points... and linking these to values is very potent... ANYWAY< my point is that no one BUYS solutions/benifits... they buy percieved fixes to their pain points... . .. .. THAT is the job of the left to link the value points in society in a way that fixes the pain points ... THIS MAY mean linking the various "right wing" values that the left shares ...

• The right's response is a function of its network. The right's poles of interest (libertarians, religious right, etc.) are increasingly taking a back seat to its network's needs and consequently subjugating their basic values. AND the right's network is easily co-opted (neocons) by ideas that the network values and not its poles of interest.
• The right's network has become unstable. I believe that without the currently defined left it would quickly become chaos. It is vulnerable to swarm affects, its media apparatus is increasingly reflecting its network and its meta-message is losing its bite. This can be seen by the increasing volume and coherence to the network and not each pole's basic values. The left pointing out the right's crimes only helps stabilize the right's network.
• The right's network depends on the political left taking up an opposite position. The left has frequently done this to the effect of propping up the right's framework and forcing the right's poles (e.g., religious right) into an all or nothing response.
• I was defining myself and my network in context of the right's network. Therefore, not based on distributed values but opposites. A good example is that I could frame my concern for environmental issues in terms the religious right would relate to -- god created the heavens and earth before he created man. Therefore, it was a core value to take care of the earth as a prerequisite to man being healthy, etc.
• I realized that the left could talk directly to the right's value poles. The edges of the left and right's networks were essentially the eye of the hurricane that needed to be linked. Not a fight at the center as most folks talk about.
• Finally, I grew very concerned when I realized that the primary network model of the left would most likely be based on a venture capital market of ideas. And this sole configuration would most certainly become similar to the right's. Thus offering very little in terms of real solutions/relief at the personal level, i.e., our children's education, health, etc.
• So, the left needed a network model that could effectively link the edges of the right and left's networks. Not the center vs. the center!

My belief is that by defining the left's network into core value poles that are supported via a "venture capital model of ideas" a real sea change could take place, that the left must define these various idea pots as distributed core investment pools. The pools or funded services could be used by the left or right if they were in alignment. The reason being that the value poles would not know a left or right. It would effectively remove the center (current right's network) from control. And let areas of mutual interest be channeled in a manner that the left was not LEFT behind. This would mean that the edge of the left's and right's networks would determine the overall political landscape and not each party's political hacks. AND FINALLY, it was critical that the network not become the boss as demonstrated by the right's current situation.

Thanks for your thoughts -- I am not sure I understand all of what you are saying, but I get some -- the pain point reaction is important.