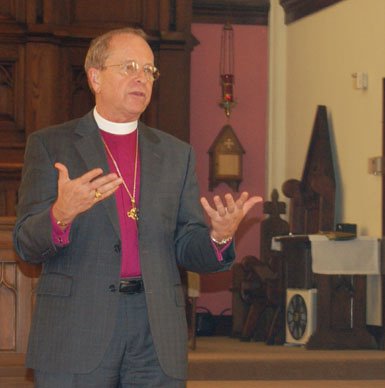 Yesterday Bishop Eugene V. Robinson of New Hampshire presided over the Eucharist at my little no-count Episcopal parish in San Francisco's Mission District. Bishop Robinson is the "gay bishop," the person whose election and confirmation is the proclaimed casus belli that is exposing strains within the worldwide Anglican Communion. (I think there is a lot more to this conflict; the best primer on the issues I know of appears here.)

After the service, Bishop Robinson talked for nearly an hour with members and friends gathered to meet him. Some points: Bishop Robinson was warm, wise, sometimes funny, and tough at the same time. If we get a new Bishop here in the Diocese of California (we're in a search and election process now) anywhere near as inspiring, we'll be very fortunate indeed. 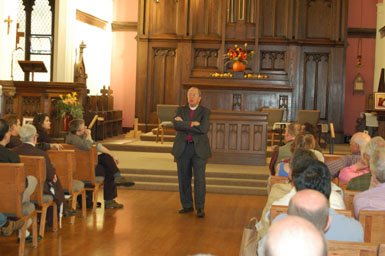 Posted by janinsanfran at 2:33 PM