Democratic flailing, over and over again

As we await (with some trepidation) the President's budget speech, Salon editor Joan Walsh strives to put into words just how Obama has disappointed so many constituents.

... Obama has failed to project and execute a vision of Democratic Party policy and values that's as bold as the challenges the nation faces, marked by Gilded Age levels of economic inequality, as well as economic suffering surpassed only by the Great Depression. ...He could provide new reasons for people to support the Democratic Party: a progressive vision of fairness and equity that's up to the challenge of the times. ...

I find the echoes of Jefferson Cowie's description in Stayin' Alive of the Democratic Party's failures in the the 1970s overwhelming. Sure they faced problems, but they failed to articulate a vision for their diverse constituents. Here's Cowie:

From a policy perspective the Democratic Party faced a dilemma that it could not solve: finding ways to maintain support within the white blue-collar base that came of age during the New Deal and World War II era, while at the same time servicing the pressing demands for racial and gender equity arising from the sixties. Both had to be achieved in the midst of two massive oil shocks, record inflation and unemployment, and a business community retooling to assert greater control over the political process.

The challenges were enormous and the inability to find viable responses seems all too contemporary too. 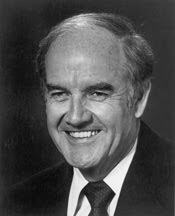 In my previous post about this fascinating work of history, I've passed along some of Cowie's insights in the decay and decline of working class power as embodied in the unions. In this post I'll take up the political decay that presaged our current situation.

Though labor was still apparently potent in the early part of the decade, union leaders were astonished to discover that rebellions among youth, people of color, organized women and even homosexuals were displacing their influence in the Democratic Party. All these new people wanted in; labor's traditional white male constituency wanted nothing to do with these hippies; and the labor bargaining apparatus was no longer delivering enough goodies via collective bargaining to quiet grumbling in the shop.

... the changes in politics continued to pry loose white male workers' economic identity and drive them toward a more conservative cultural identity. Lost in the breech was the possibility of a vibrant, multi-cultural, and gender conscious conceptualization of class. In a militant defense of what already existed, labor leaders also did their best to resist the pleas, attacks, democratization movements, and criticisms coming from many corners. While the leadership's presumptions about race and gender hierarchies hampered a more expansive vision, the problems were even more troublesome as the existing power brokers believed they had built a perfectible system and, accordingly, did most of what they could to ensure the failure of those who challenged it.

Party political professionals didn't help -- as electoral activists have had to learn again and again, the people who make their living in politics are always quick to produce solutions to the problems of the last cycle, to try to convince the political establishment to fight the last war. In the 1970s, that meant that Ben Wattenberg and Richard Scammon taught the party, burned in 1968 by Vietnam and social unrest, that its salvation lay in

... running a negative campaign against the major social changes of the day. At best, their tactics could simply offer a social restoration with no clear vision of how it bettered society; they could win votes but not search out solutions; they could pander to fears but could not find a way to incorporate the solutions to the problems of the seventies into a meaningful Democratic agenda.

The New Politics candidacy of Senator George McGovern, spokesman for the outsiders, rose up to take over the party machinery in 1972. The traditional barons of organized labor were simply nonplussed, though a few came to a more generous appreciation of what was happening.

... the new activists of the sixties were largely doing what they had been told to do by their elders: moving out of the streets and pressing their demands within the mainstream political process. As Eugene Glover, the secretary-treasurer of the Machinists Union lamented, "Hell, we used to complain that the young people were running around the streets, demonstrating to no effect, and rejecting the 'system,' whatever the hell that is. But now they have come into the political system. We got mad because they have outsmarted us. They did a whale of a job in organizing and throwing us a thing or two. They beat us at our own game. What are we afraid of? They are our sons and daughters." 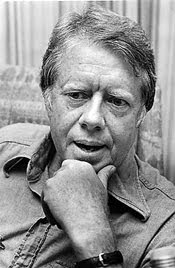 Richard Nixon's successful mobilization of social resentments of all kinds and the inner incoherence of the McGovern camp popped that balloon, but the Democratic Party had become a far more complex and difficult coalition than during the New Deal.

Democrats got another chance to see whether they could govern with the election of President Jimmy Carter in 1976. The guy has had such a successful post-presidency that it almost seems mean to dwell on the incoherence of his presidency, but Cowie is unflinching. From the point of view of solidifying a Democratic coalition that brought together majorities on the basis of fairness and equity for all, Carter's time was a bust.

He had always understood race much better than class, did not understand unions at all, and felt caged rather than empowered by coalitional politics. His hope had been, in virtuous Wilsonian fashion, to rise above interest groups so as to become the moral steward of the nation in his battles with stagflation and the spiritual malaise ...

He confessed his alienation from the Democratic base at the beginning of the second year of his administration in his diary: "In many cases I feel more at home with the conservative Democratic and Republican members of Congress than I do with the others," he wrote, "although the others, the liberals, vote with me much more often."

This posture of Carter's is all too reminiscent of a certain President whose twists and turns in tough political and economic waters we now watch anxiously.

Carter's core difficulty according to Cowie was that the economic shocks of the '70s -- "stagflation" combining high inflation and high unemployment, the beginnings of deindustrialization, globalization and financialization, and a corporate class on the offensive -- were not problems for which Democratic policy makers had viable answers. Cowie quotes Alice Rivlin, director of the Congressional Budget Office during the Ford, Carter, and early Reagan years:

"It was just almost impossible to say what good economic policy would have been. Nobody had thought through what you do when we have stagflation. . . .It was easy to criticize what they were doing, but it wasn't clear, even in hindsight, what should have been done."

It seems to me as I watch the Obama administration flail that we've never got out of this bind. Except in moments of complete economic collapse like 1932, capital fights furiously for the interests of its owners against measures meant to promote fairness and equity for most people. Democrats, having conceded the supremacy of private property rights over the needs of the wider community, have no answers though they sometimes grope for palliatives. (Maybe it would have been better to live through a complete global crash in 2008?)

Every particular economic moment is different, so some of the immediate issues look different, but once you concede the right of some people to be filthy rich and to use their wealth to buy and enforce acquiescence from everyone else, there aren't a lot of policy options that serve to promote equity and fairness. It really seems an open question whether this runaway cancer of capitalist greed can be reined in before it renders the planet uninhabitable. But so long as we have a pretense of democracy, there's nothing to do but try. Our particular democracy generates a two party system, so that means yet more rounds of trying to organize a democratic Democratic Party. The struggle is still about "stayin' alive."
Posted by janinsanfran at 4:00 AM