Maybe it's in the air? 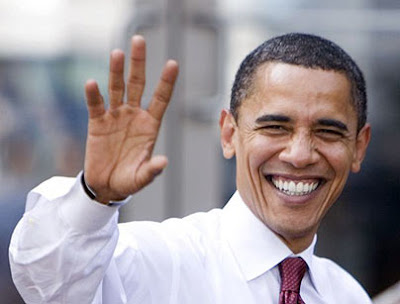 There's something about northern California that's good for politicians. I know the usual rap: we're a bunch of hippies, fruits and nuts here. Just this year, I heard a silly, very "serious" southern California Dem operative complain that organizers from the north had to be taught to cut their hair.

San Franciscans have the repeated experience of sending our least exciting politicians to Sacramento and Washington and seeing them branded as flaming lefties. Interestingly, after enough of that, they often operate as loosely liberal, far more liberal than they appear to us at home. I'm thinking not only of such genuine moderates as Congresswoman Nancy Pelosi, but even of our essentially reactionary Senator Diane Feinstein. We raise them right somehow here.

So President Obama was out and about here yesterday scooping up the bucks for his 2012 campaign. And apparently among the big donors he said something true that you are not allowed to say in Washington.

At a fundraiser in San Francisco Wednesday evening, President Obama took direct, and unusually blunt, aim at a faction in the U.S. Congress that played a major role in upending his plan to pass sweeping clean energy and climate change legislation.

"There are climate change deniers in Congress and when the economy gets tough, sometimes environmental issues drop from people's radar screens," Obama told about 200 guests at the Pacific Heights residence of internet billionaire Marc Benioff, according to an official transcript. "But I don't think there's any doubt that unless we are able to move forward in a serious way on clean energy that we're putting our children and our grandchildren at risk. So that's not yet done."

Dude should visit more often. It would sure be nice to hear some more of this kind of plain speaking. Apparently people in northern California who can pay $35,800 for cocktails with the Prez don't want to hear BS about denying climate change. It's good for these pols to get a whiff of this place.

Full accounts of the local Presidential talks by Josh Richman here and here. And for a look at what the motorcade did to the city, check Mike's bird's eye view.
Posted by janinsanfran at 8:49 AM

As you say, he should visit No. Cal more often