Hemmed in by warlords, foreign armies, and reactionary terrorists ... That's the condition of the people of Afghanistan according to Malalai Joya, a suspended member of that country's parliament who dares to challenge all of them. The U.S. State Department initially denied her a visa because she didn't have a permanent address -- as if an Afghan woman whose life is constantly threatened can name her residence! 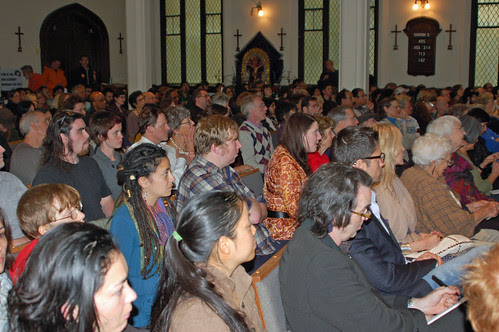 Joya spoke to a packed -- and enthralled -- audience on Saturday night at a Mission district event organized by the local chapter of the Women's International League for Peace and Freedom. 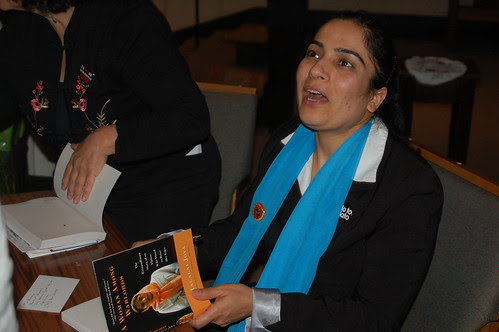 After her short speech, for nearly an hour she gracefully signed copies of her book A Woman Among the Warlords.

For those who couldn't be there, this recent TV interview conveys much the same message. Afghans need all the meddling armies to simply get out! They will work out their own destiny -- and she believes find a path to democracy and social equality -- once all the invaders stop killing them.

Posted by janinsanfran at 7:25 AM