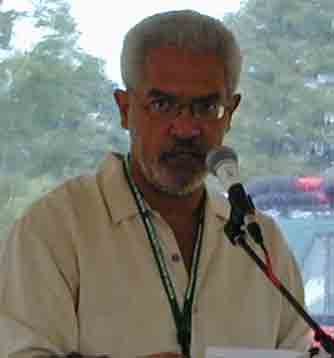 I was sorry to read yesterday that the preeminent scholar of Black American politics, Columbia professor Manning Marable, had succumbed to lung disease at the far too early age of 60.

In an obituary at The Root, his wife explained

That seems exactly right. In the difficult fall of 2001 when opposing US wars of empire was a slightly scary stance, Marable lent his support to the peace activist project WarTimes/Tiempo de Guerras I still work with.

His biography of Malcolm X will be published on Monday. The book is supposed to be groundbreaking.
Posted by janinsanfran at 4:00 AM

Email ThisBlogThis!Share to TwitterShare to FacebookShare to Pinterest
Labels: gone but not forgotten, politics, race