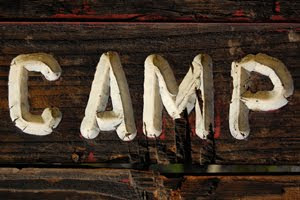 The Boston Globe is digging into the backstory of child molestation at a Christian summer camp on Cape Cod brought to light by Senator Scott Brown's account of his own abuse.

Since Brown went public over a dozen men have come forward with reports of abuse and forced sexual contact over several decades by a counselor and maintenance staffer at Camp Good News. In April, the accused man, Chuck DeVita, committed suicide.

As is common in such cases, quite a few other people in the situation tried to rouse the camp administration to intervene. The director, Faith Willard, seemed to want avoid thinking about the problem in her domain. A whistleblower, a "Chip" Lewis, told the Globe of one interaction, when he reported child pornography on DeVita's computer:

...Willard asked Devita only one question: Are you a homosexual? Devita, then 29, said he was not and explained that he had stumbled upon the images by accident.

“We all three put our heads down, and Faith led us in prayer,’’ recalled Lewis. “And that was more or less that. Faith wanted to believe it was an accident, and so that is what it was. To think otherwise would have been far too painful.’’

It's just so clear -- all Willard seems have thought of was whether the "sin" of homosexuality might have infected a valued staff member. She had no way of separating pedophilia (rare and dangerous to others) from homosexuality (infrequent in hostile contexts, but socially harmless). The danger to children meeting an empowered pedophile just wasn't there in her consciousness, driven out by the horror of finding possible homosexuality in someone she knew and trusted.

Years of refusal to investigate reports of abuse of children in this situation is the sort of thing that requires explanation (besides implying possible legal liability). If the Globe's account is true, it is all too clear how this could go on and on. There was magical thinking at work. Camp leaders acted as if, if they just held on tight to their sexual ignorance, the awful gays would be held at bay and the children protected. Maybe in the 1950s this might have been excusable, though I saw more sophisticated understanding at a camp as early as the mid-1960s. Too bad for the kids ....
Posted by janinsanfran at 9:37 AM

Email ThisBlogThis!Share to TwitterShare to FacebookShare to Pinterest
Labels: LGBT