When the Taliban came ... 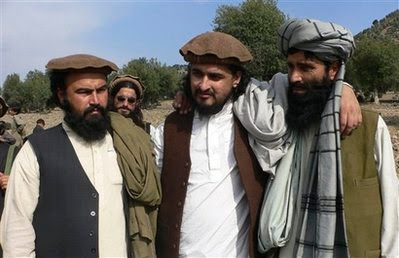 In the awful days when the Bush regime was ensuring that the U.S. response to the 9/11 attacks would be violent, ignorant and vile, San Francisco never felt as if it were quite as given over to jingoism as much of the country. We like our country a lot, but we usually retain some skepticism about its use of force in other peoples' lands.

One good reason why that skepticism held up in the early years of the last decade was that the fading San Francisco Chronicle was publishing stories from Afghanistan and later Iraq written by reporter Anna Badkhen. As one of her bios says,

Unlike many war reporters, by "people," she means civilians.

BALKH PROVINCE, Afghanistan — The villages fell without a battle.

Armed men on motorcycles simply showed up at orangeade dusk, summoned the elders, and announced the new laws. A 10 percent tax on all earnings to feed the Taliban coffers. A lifestyle guided by the strictest interpretation of Shariah. All government collaborators will be punished as traitors.

There was no one at hand to fend off the offensive. There were no policemen in the villages, no Afghan or NATO soldiers nearby. The villagers themselves, sapped by two consecutive years of drought and a lifetime of recurring bloodshed, put up no resistance.

Some of these villages I know quite well. I have swapped jewelry and cooked rice in too much oil with their women. I have walked to town across the predawn desert on bazaar days with their men. I have drawn ballpoint flower tattoos on the grimy palms of their children. I have fallen asleep on their rooftops, watching the Big Dipper scoop out the mountains I could just skylight against the star-bejeweled sky. ...

Then, as the Secretary of War Gates lobbies for endless troop deployments in Afghanistan and Obama weighs the policy and political consequences of that endless war, ponder whether we have any idea at all why we are still fighting in Afghanistan.

Just perhaps, if we have no idea why we conquer and kill, might we not just go home now?
Posted by janinsanfran at 4:00 AM