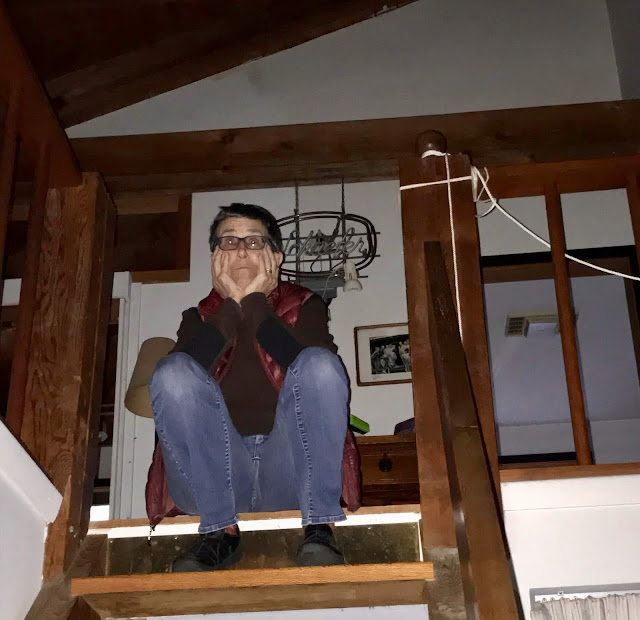 This morning we woke up to the realization that the massive rain and windstorm that hit the area overnight had knocked the power out. The E.P. was not thrilled, nor was I.

Around here, no electric power not only means no lights in a naturally dark house and no internet, it also means no water pumped from the well to the kitchen or the toilets and no heat. There's no cell service, so we felt lucky to have one remaining land line that remained live. We lit a fire in the wood stove and heated some water for instant coffee.

The house has a generator that is supposed to kick on when the power goes down. It didn't. We used the land line to call the generator company. 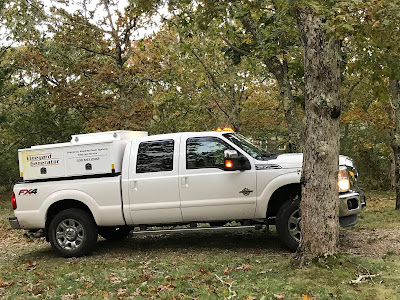 Incredibly, within an hour the owner of the generator company turned up. His mechanic was off-island. 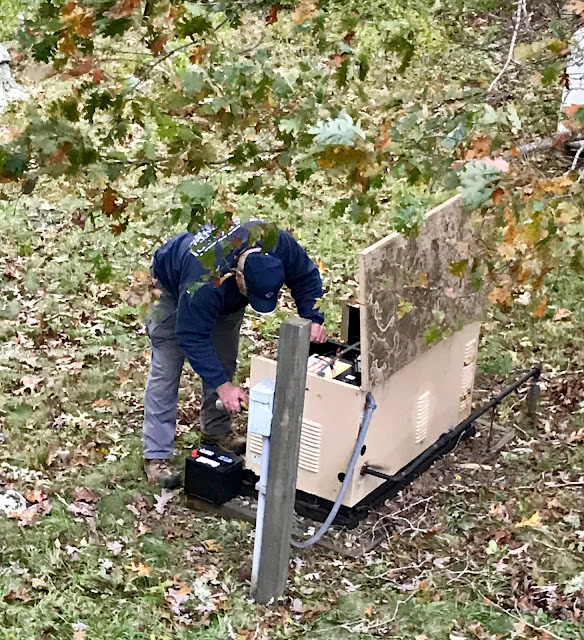 This nice man checked the battery. The failure wasn't in the battery; it was the solenoid. He drove off, unable to promise when he'd have a replacement.

Later in the day, we drove about the island a bit doing errands and appreciating the quantity of downed trees. Electric crews were working away. The power came on 12 hours later.

Here's map of the storm; we're right in the middle there. High winds are still howling. 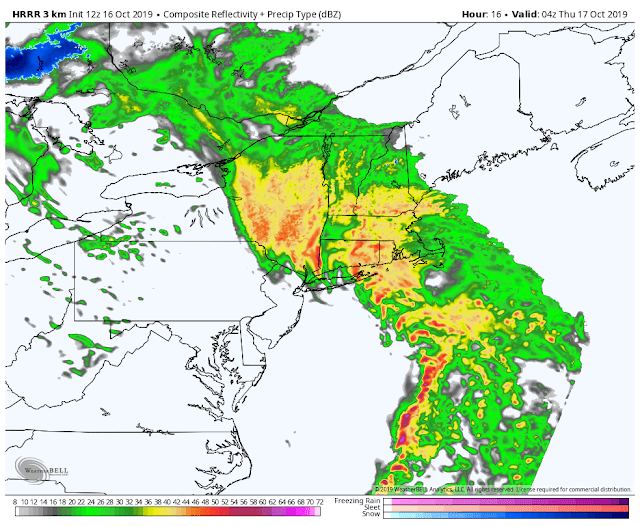 Regular blogging will resume on Friday.
Posted by janinsanfran at 5:19 PM